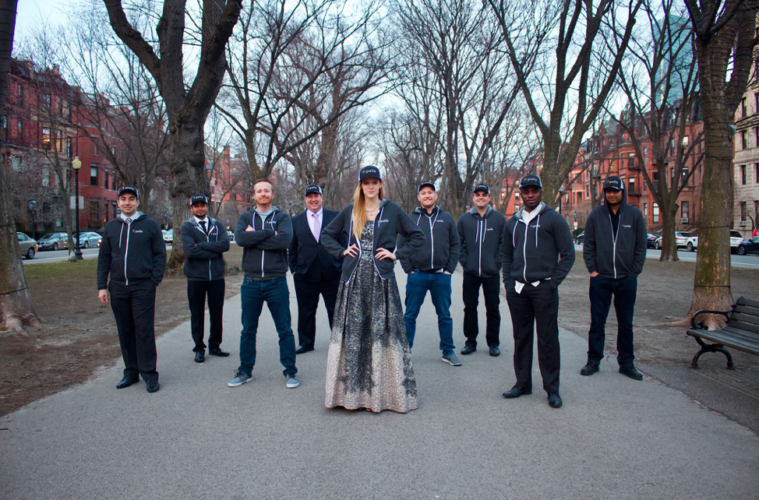 As one of the few female tech CEOs in Boston, I feel a tremendous amount of pressure to hire a diverse team.

I fully believe that diverse teams are better teams. As a female CEO I thought it would be easier for me to find strong female candidates than other male founders, but historically, we have received 95% male applicants for all job postings which has led to a male-dominated team.

A few months ago, part of my team got together for a photoshoot before an event. We asked whoever could come to come and this is what came out of it. A pretty amazing team, but you see my dilemma.

After this photo shoot we decided that no matter how impossible it seemed, we needed to diversify our hiring pipeline. Here is what we learned:

At an early stage, the CEO has to be the primary recruiter and advocate.

Recruiters have inherently different incentives than startup CEOs. Their job is to place as many candidates as they can as quickly as possible. Unfortunately, that means that diversity plays second or third string behind pure numbers, and most recruiters lack the time or financial incentive to expand their own network beyond the many job-seeking men they already know.

The most successful CEOs make hiring their number one priority. Rather than outsource, they personally interview every single hire until they have upwards of 100 employees. They also put in place rigorous company mission statements and hiring guidelines to help them vet candidates not just for technical strength but also for culture fit.

Diversity should be introduced within the first 10 employees.

At an early stage company, every member of the team has a significant impact on culture. Culture is also self-reinforcing, so if a team is heavily male (or heavily white or heavily straight etc.) team members will recruit their similarly situated friends, most often leading to an increasingly homogeneous pool of applicants. Waiting too long to introduce diversity will only exacerbate the lack thereof as you scale. Break the mold early, and often.

Most recruiters lack the time or financial incentive to expand their own network beyond the many job-seeking men they already know.

Female applicants respond to the language that you use.

Job postings that talk too much about winning or being subversive can seriously turn off female candidates (for example, our job postings were turning off up to 67% of female candidates). Use Textio (it’s expensive, but the free trial is great) to test your job postings to see if they are hurting more than helping. Also, make sure to include a diversity disclaimer in all job postings so candidates don’t have to wonder whether you agree with: “We are an equal opportunity employer and value diversity at our company. We do not discriminate on the basis of race, religion, color, national origin, gender, sexual orientation, age, marital status, veteran status, or disability status.” It’s a simple change that can make a world of difference.

Post on a variety of job sites to get a diverse candidate pool.

In our candidate search, LinkedIn attracted up to 90%+ male engineering applicants whereas Angellist, Indeed, Glassdoor and Google attracted more even candidate pools. These are not generally applicable stats because all companies are different, but make sure to post on a variety of job sites (most of which are free) to ensure that you’re attracting a diverse range of applicants. Also, sites like She Geeks Out and Power to Fly do a great job at training and attracting female job candidates, so check those out if you’re trying to expand your hiring reach. We got fewer applicants through those sites but the quality was higher.

Name-blind résumé screens solve a variety of problems. Even if you think your team is non- discriminatory, subconscious bias may betray people without them realizing it. Let cover letters and resumes speak for themselves, it is one of the best ways to ensure your hiring pipeline is strong. In fact, we actually found that female resumes were qualitatively stronger and more tailored to our job posting (see below), and this only became evident once we looked back at names following our name-blind evaluations.

A diverse pipeline will lead to a stronger team and better results.

We retested this revised process with a software engineering co-op search with students from Northeastern. Because the college screens their students and their resumes, the overall pipeline was stronger, but the candidates were tough to differentiate. Again, we found that female candidates were qualitatively stronger — they tended to have worked on more challenging engineering side projects (so their GitHub repos were far more robust) and they were more likely to write cover letters that spoke to why they wanted to work at Polis. This gave them a huge advantage over the majority of male applicants because in our expedited hiring process we only had time to look at each application for an average of two minutes.

The two female applicants that made it to our onsite interviews wrote some of the most beautiful code we had ever seen.

If you take away one thing, make it this: it is both possible and necessary to hire a diverse team.

Diverse teams build better products because they are better teams. Strengthening your hiring pipeline is a lot of work but it is ultimately all about values, and having the message come from the top.

All tech companies can and should develop a process that brings diversity to your team. A diverse and well-reasoned top of funnel will result in the strongest team possible, and will ultimately reflect the company that you want to build.

This article was originally published on Medium and on Noteworthy – The Journal Blog. It is republished here with the author’s permission.