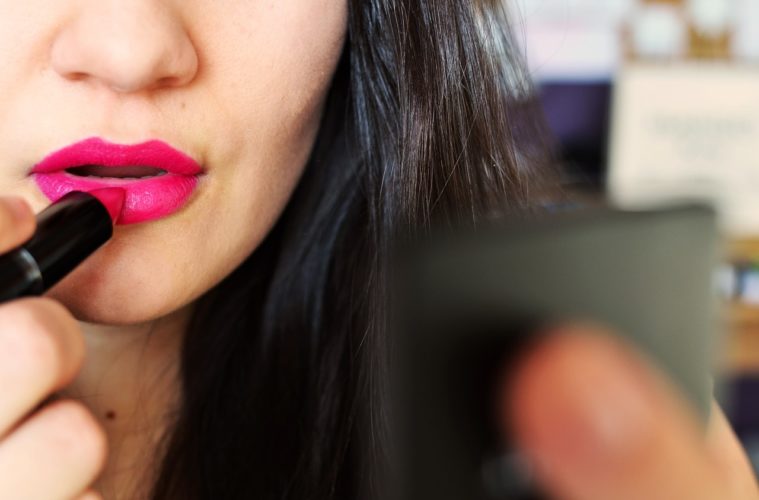 Why Do Women Get All Attractive If They Don’t Want to be Harassed? Glad You Asked.

This article originally appeared on November 2 in the Chicago Tribune and is republished here with permission.

A man named Steve emails me every now and then to take issue with something I’ve written.

He checked in a few weeks ago after I wrote about the #MeToo movement, which was inspired by sexual harassment and assault allegations against Harvey Weinstein.

“The core question you should be asking, Heidi,” he wrote, “is: Why do women try to make themselves more attractive?”

I don’t think that’s the core question we should be asking, actually. But I know plenty of people are asking it — have been asking it for decades, in fact. Are asking it ad nauseam these last few weeks, as harassment and assault allegations mount against powerful men in entertainment, politics, journalism.

If these women are so opposed to being hit on, why are they going to all that trouble to look so enticing? Men are just supposed to pretend they don’t notice?

I emailed Steve something benign about how women make themselves attractive for the same reasons men do: to feel confident, to earn social capital in a culture that prizes physical beauty, to turn on their partners, to land dates with people they find mutually attractive — physically or otherwise.

But I wonder if it’s a little too simple.

I don’t think we can have an honest conversation about sexual harassment and sexual assault right now without talking about all the ways we have taken women’s bodies and turned them into vessels.

We use them to carry our political arguments about reproductive rights, paid family leave and affordable health care. (Who can forget U.S. Rep. John Shimkus arguing men shouldn’t be responsible for prenatal care when their bodies don’t go around making babies? Nevermind everyone’s vested interest in the health of those babies.)

We use them on billboards. We use them to sell gym memberships, plastic surgery, cars, magazines, liquor, bikini waxes, multivitamins, underwear, shampoo, perfume, bottled water and all-inclusive resorts.

We detach women’s bodies from women’s humanity so frequently and so seamlessly that we have to work backward to realign them. Wait, she’s a human first, remember?

We don’t remember. We, as a culture, think women’s bodies are ours for the taking.

“Why do women try to make themselves more attractive?”

I’ve never once heard a man explain away a burglary by questioning why a homeowner bothered taking such good care of his house if not to entice others to break in.

Lawn mowed just so. Solid oak front door. Three-car garage. Why do you make your house so attractive if you don’t want someone to break in and start taking stuff?

I’ve never once heard a man explain away a carjacking by questioning why a driver bothered driving such a nice car.

Why are you driving a Lexus if you don’t want someone to take it from you? You even keep it all shiny and new-looking. You don’t think that sends some kind of message?

But it’s really not. When I trust you, I will invite you into my house. I might even give you something to take home. When I’m ready, I will let you drive my Lexus. (I drive a 2008 Honda, actually.) They’re mine (again, hypothetically speaking — my house isn’t that fancy either), but I’m happy to share them with the right person.

National Public Radio’s news chief, Michael Oreskes, resigned Wednesday following accusations that as an editor at the New York Times, he suddenly kissed two women while they were discussing job prospects with him.

Imagine he had leaned over and ripped their iPhones out of their hands and pocketed them. He’d be a thief — no gray area.

That’s a start. For far too long, the behavior that brought down Weinstein and Oreskes (and Roger Ailes and Bill O’Reilly) was par for a seriously messed up course. Forcing yourself on a co-worker wasn’t a career-derailer.

That’s changing, thankfully. What may be harder to change is the sense that women are somehow to blame for their own violation.

I actually think we’ll get there. As irritated as I was at Steve’s question, I was grateful to him for asking it.

I’m not a silver-lining kind of gal, especially when it comes to hundreds upon hundreds of women suffering through harassment and assault.

But something positive can come from this seemingly endless storm of accusations. We can, with some good faith effort, figure out how to give women unconditional, unassailable agency over their bodies and, therefore, their humanity. We can examine the biases that have kept that from happening thus far, and we can ask, honestly, why we’re so reluctant to dislodge them.

And that, I think, is the core question we should be asking.

Heidi Stevens is a Chicago Tribune columnist, a feminist, and a mom. She can be reached at hstevens@chicagotribune.com. Twitter @heidistevens13