Behind the Scenes at Tech Companies: Employees Teach Each Other How to Code Want to empower employees and build a winning company culture? Have your team teach each other.
By Angie Chang (Director of Growth, Hackbright Academy)

Successful, thriving company culture becomes evident in its employees. Specifically, employees will be empowered to find ways to give back and empower others — and there’s no better place to start than with your co-workers.

“This requires bringing a diverse set of skills and perspectives to age-old problems,” said Warren Colbert, a director of product management at Change. He also mentors at CODE2040, where top minority engineering students nab lucrative internships and mentorship at Silicon Valley tech companies.

It’s no secret that technology startups lack women in engineering (industry average is 10-15%), but change happens from within when a company’s leaders prioritize hiring from a diverse pool of candidates.

Sharing the company’s spirit of giving back, Jasmine teaches technical topics to non-technical employees at Change.org through “Women Helping Others Achieve” (or “WHOA”) — a group of female employees gathered to share their skills across the organization, from tech know-how to life hacks. 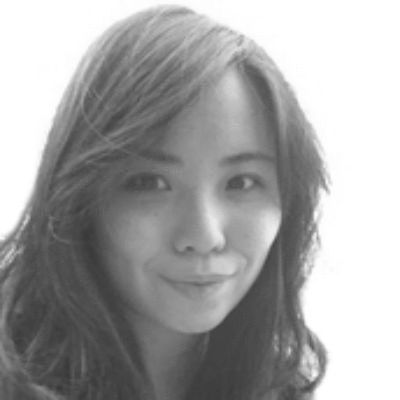 Jasmine Tsai is not your usual Silicon Valley software engineer. A former investment banker who studied economics and international relations at UPenn, she found herself perpetually restless on the job and itching to create, so she quit her job to learn to code. Jasmine was working on small web projects when she joined Hackbright Academy, where she met a senior engineering leader at Change.org who participated in the Hackbright Academy mentorship program — and the rest is history.

Giving Back And Making Change

“Even though I am a junior engineer, there is still stuff I can teach,” says Jasmine.

She explains to others what a “client versus server” means, what common programming languages and frameworks are, how to look at the console in the browser — “the basic stuff, more landscaping stuff,” she said with a laugh. “Landscaping is something I picked up from my previous career in investment banking when consulting with clients. It’s a market snapshot of how everything fits together. And when you are in a technology company, everyone wants to experience the joy of creating something.”

Maggie Aker, a client manager working on sponsored campaigns at Change.org, said that while she interacts daily with engineers on bug fixes and product developments, “many of the nuances of deploys were wholly unbeknownst to me… until now!”

“Jasmine has the unique perspective of having recently learned programming herself, so it was really helpful that she broke down the basics of programming for me in a way that she knew would be easily understandable for someone who has very little experience in the area,” said Erin Viray, a non-technical Change.org employee who attended a WHOA workshop on programming.

The “Learn To Code” Movement

“There’s a lot of debate whether learning to code is something necessary for everybody,” said Jasmine. “I feel there isn’t enough understanding about what code is and what it can do — so what I am trying to do is giving people an opportunity to experience it first and then they can decide for themselves if it’s something they’re interested in. Everyone should have an opportunity to learn to code if they want to and decide for themselves if they really like it. Not everyone should code.”

The more women learn to code, the more female CTOs we have in power and as role models for young girls everywhere.

About the blogger: Angie is Director of Growth at Hackbright. She co-founded Women 2.0. She also founded the San Francisco chapter of Girl Geek Dinners in 2008. Previously, Angie held roles in product management and web UI design at various tech startups in the Silicon Valley. Follow her on Twitter at @thisgirlangie.