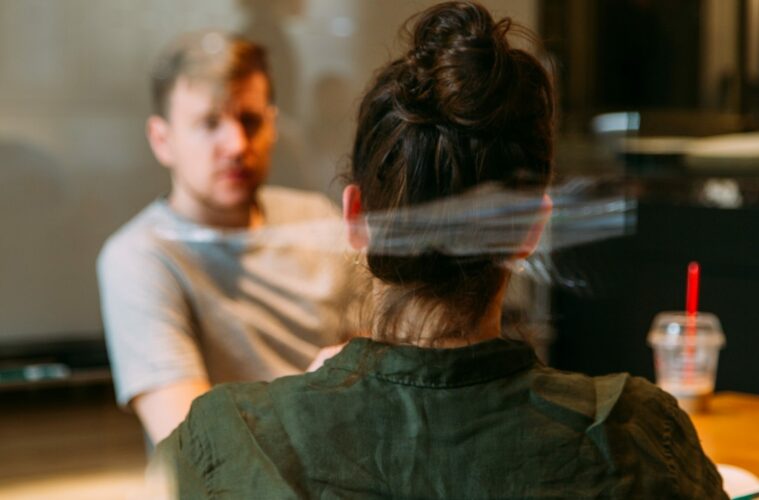 From Microaggressions To Mansplaining: Busting Biases In Venture Capital

Although the phenomenon has made its way into headlines and Twitter trends in recent weeks after the controversial WSJ op-ed, the deep-rooted history of “mandozing” over women’s achievements and expertise reflects the endemic consequences of unconscious bias against women in business, science and academia. From presidential campaigns to venture fundraising, medical grand rounds to academic science, women—and especially, intersectional womxn—have long had to navigate the murky and tempestuous waters of gender bias. Left unchecked, these biases threaten to hold back a generation of breakthrough entrepreneurs who have the potential to transform science and our economy.

Convene any group of women or minorities and you’ll witness heads nodding as they exchange stories from their own experiences in the workplace. Many have faced the textbook examples of gender bias—e.g., being passed over for promotion, characterized as “aggressive” or “not playing nice” in performance reviews, navigating questions over timing of pregnancy and breastfeeding. And a majority will attest to the slow and painful effects of microaggressions—e.g., being talked over in group meetings, listening to a male colleague repeat an idea as if it were his own, or having her own thesis dissertation topic “mansplained” to her.

As is the case with many societal issues, the COVID pandemic seems to have only exacerbated the inequities, threatening to reverse decades of progress on gender reform, particularly in the workplace. The tl;dr: women are dropping out of the workforce at unprecedented rates, and women of color are especially at risk. Women continue to receive less venture capital funding than their male founder peers, and those who have received funding and fame may face the type of takedown The Information’s Jessica Lessin has characterized as  “The Pink Elephant in the Tech Press.”

When it comes to raising capital, the data is clear on two seemingly orthogonal fronts: 1) women and intersectional founders are receiving less capital than their peers as a result of implicit biases, and yet 2) there’s an abundance of analysis that clearly shows that investing in women is good not only for the macro economy, but also for scientific innovation and for individual investors. There are dozens of examples, but Katalin Karikó’s story is a particularly timely one. Despite her credentials as a leading biochemist, Dr. Kariko failed to raise funding for her mRNA vaccine breakthroughs in 1995, hitting “dead ends,” receiving rejection letters from grant applications and failing to fundraise from VCs. Fast forward to 2021—without her research, there would have been no hope for the COVID-19 vaccines currently being distributed around the world.

Indeed, women founders have been proven to outperform, with higher revenues, better capital efficiency and myriad other strong indicators of growth and ROI. In fact, as I have written about previously, I believe women and underrepresented minority entrepreneurs will be key to the post-Covid economic recovery. But unfortunately, as is too often the case for Black (and Latinx) women in the workplace, Black women entrepreneurs in particular face compounding bias.

Serena Williams recently summarized her perspective on these intersectional challenges: “The Black female founder begins her fundraising journey already down a match point. Black women face a unique set of challenges colored by misconceptions of both race and gender.” COVID’s impact on intersectional Black women entrepreneurs is bleak, with 98% reporting a direct business impact from COVID-19, 82% reporting a loss in revenues, and only 12% reporting the ability to pay themselves a living wage.

The phenomenon of “subtle sexism in the workplace,” in which women seem to be penalized for the same business behaviors that are lauded in men, is as prevalent as ever. And these behaviors are particularly commonplace in venture fundraising— including the acts of self-promotion, negotiations and the display of emotions. Compound these challenges with the additional racial and ethnic biases facing Black, Latinx, and otherwise “Other” women, and it comes as no surprise just how difficult the fundraising process can be for them.

Getting more women and intersectional investors around the [cap] table is one important step to busting these biases; according to Kauffman Fellows, it can double the number of women entrepreneurs building businesses. Limited Partners have an important role to play as well, with notable public statements by Yale University’s Endowment and a helpful tactical playbook by Sapphire Ventures. Other organizations, such as Founders for Change and VC Guide, offer transparency for founders looking for inclusive and helpful investors.

While words alone will not move the needle, talking the talk does matter. Representation matters. Checking ourselves constantly on our biases is critical. Tokenizing quotas or seats at the table is not enough (and arguably can be counterproductive). The efforts to counter these biases and consequent downtrends will need to be as aggressive, as subtle and as pervasive as the biases themselves to engender a better, more diverse—and more fruitful—2021.

This piece originally appeared on Forbes, and was published here with permission.