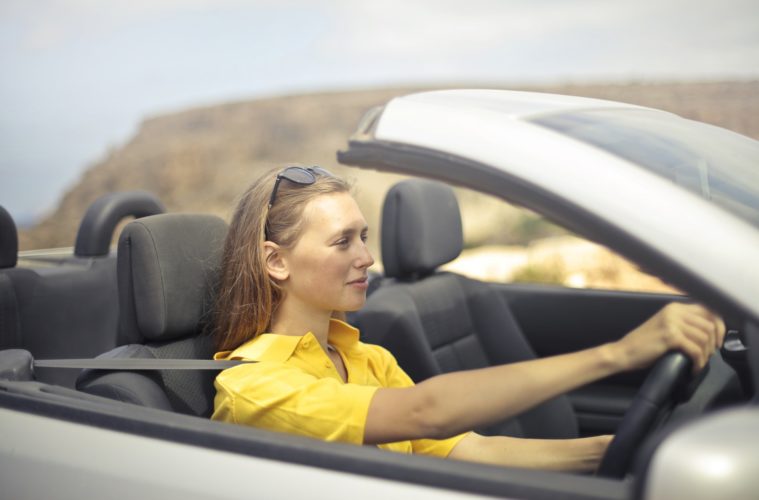 Photo by Bruce Mars from Pexels

Career GPS: 4 Questions That Will Send You in the Right Direction

Your destination should depend on where you belong…

One of my first major career moves involved hopping into a role that came with a huge title and pay bump. I was so proud of myself, climbing that corporate ladder at lightning speed. But soon, it became very apparent that I had put myself into a situation that could not only hurt and slow down my career, but it also put my employment in jeopardy. I had sold my skills and experience during the interview, but I hadn’t considered whether the culture of this particular work environment would clash or mesh with my professional style and strengths. Not only that, I hadn’t set clear expectations with the hiring manager as to what kind of animal they’d just brought on to their team.

I was so proud of myself, climbing that corporate ladder at lightning speed.

Inevitably, there were clashes, disappointment, and frustration on both ends. I was a fast mover who came in, cleared up chaos, and then was ready to move on to the next challenge. I translated this as being productive and capable. They translated it as being pushy and restless. I felt comfortable speaking with anyone throughout the chain of command; I viewed myself as a consultant in the making. They found it abrasive that someone in a mid-level position freely spoke out to anyone in the room.

This experience quickly turned into a valuable lesson: it’s critical to know what type of work environment you’re suited for—and what kind of work you’re invested in delivering.

As a coach and consultant, I see these types of mismatches and clashes play out daily. To avoid them, I’ve identified four critical questions that everyone should have clarity on, whether you’re taking on an executive position or stepping into a frontline service role.

Do you need to be completely independent and own your own business outright, or do you feel more comfortable working for someone else, essentially setting up shop within a larger company?

They found it abrasive that someone in a mid-level position freely spoke out to anyone in the room.

When you work for another company, you are still a business owner. You’ve simply chosen to offer your skills to an employer while delegating some responsibilities, such as procuring work and handling benefits. In exchange, you get a certain level of stability and a predictable income.

When you work for yourself, in many ways you are still an employee; you have to answer to customers just as you would if you were on a company’s payroll. But you have more autonomy to make strategic decisions about the business. In exchange, your level of risk increases and you may not have a stable income. If you choose to work for yourself, at least at the beginning, you’ll have to be okay with “hunting for your food.”

You may need to try out both of these strategies to get a sense of where you land on the independence-stability slider. A lot of people are forced to figure this out when they lose a job. It’s like getting thrown into a pool without knowing exactly how to swim. Some figure it out and make it back to the safety of dry land. Some find they love being in the pool. And a few drown. That’s the nature of survival.

Ideally, we should make these choices based on what we want, not out of desperation.

Ideally, we should make these choices based on what we want, not out of desperation. But we don’t always have that luxury. So do your planning now. Ask yourself: “What brings out the best version of myself?” Is it independence? Or stability? Then do all you can to secure your “market share” in that type of environment.

#2: Are You into Details or the Big Picture?

Everyone knows you gotta wear both hats in most jobs. But people usually lean one way or the other. If your brain is wired for details, understand that there’s a desperate need for people like you. If your brain is wired for seeing the big picture, there’s an equally urgent need for your skills. Just don’t make the mistake of overvaluing what you do. And don’t assume that one orientation is better, or more necessary, than the other. You’ll not only alienate a lot of people who can help you, but you’ll also limit your capacity to flex from one skill to the other.

When people primarily expect you to be a whiz at details and you excel at big-picture thinking—or vice versa—it can be exhausting for everyone.

As you plot your career path, you’ll want to “read” the environment around you. When people primarily expect you to be a whiz at details and you excel at big-picture thinking—or vice versa—it can be exhausting for everyone. As important as it is to contribute in both areas, you want to position yourself in the type of environment that’s best suited for how your brain works naturally. Trust me, it’ll be easier on everyone.

Too often, we get obsessed with rising to the top. But why? Because somebody told us climbing the ladder was the only path to success. The truth is, we’re not all destined for that big, corner office. Just like not every football player is suited to be a quarterback, even though quarterbacks get the most attention from fans and the media.

Some of you are especially skilled at playing the middle position. You’re great at connecting the dots for others and translating messages between multiple stakeholders. Nothing excites you like getting to see a high-level view of the organization, but you can also dive deep into the day-to-day.

Or, you may do your best work behind closed doors, away from the hubbub, where you can concentrate on the details. Maybe you prefer to fly under the radar, doing work that, if done well, is never even noticed. Your satisfaction comes from simply knowing you’ve left the world a better place for others through your work.

Maybe you need to be at the top so you can see the lay of the land at all times. You’re adept at envisioning the direction of an organization and skilled at getting others committed to working for a common cause. You thrive when you are in charge and carrying the brunt of responsibility.

Maybe you need to be at the top so you can see the lay of the land at all times.

And there are those of you who need to be out in front. You need to have your eyes and ears connected to the action, your hands actively involved in whatever’s being created.

I’ve seen plenty of people go from a deep love for their work to complete apathy because they accepted promotions that pulled them away from what connected them to their purpose. Don’t make that mistake. Feel out your sweet spot.

#4: Are You a Solo Act, Ensemble Member, or Nomad?

No one succeeds alone. It’s critical to be—and be seen as—a team player. You absolutely need to know how to get along with others to leverage the talent, and goodwill, of those you work with. At the same time, you need to have a sense of whether you tend to contribute best as a solo act, an ensemble member, or a nomad.

If you excel as a solo act, you may still be an awesome team player, but you may find that you contribute best by working alone and then partnering with your team on how to use what you’ve created. Maybe you’re a programmer who codes alone in the confines of your office. The product you produce certainly takes the needs of your customers and team members into consideration, but you need to go off on your own to make it happen.

If you feed off the energy that comes from partnering with others, you probably shine in an ensemble. You contribute in many ways but especially as a connector. You help glue the different parts of the ensemble together. You also build on the work of others. You enjoy being part of something big and fighting for a collective cause. You are most likely viewed as a team player in the traditional sense. But if thrown out on your own, you may have to fight the perception that you are unable to take the lead, or that you lack a clear vision. If this sounds like you, make it a point to let others know you do your best work as part of a team, but practice being flexible so that you can contribute in a variety of situations.

If you feed off the energy that comes from partnering with others, you probably shine in an ensemble.

Finally, you may do your best work as a nomad, traveling solo from one community to the next. You adapt well to change; in fact, you require it. You bring your unique perspective and talents to the table and then move on to the next problem.

No matter your style, it’s your job to educate others on how you work best, so they know what to expect from you. It’s also your job to learn how to adapt and flex when needed. Excelling at both of these things will make it easier on you and your colleagues. And let’s face it, as you travel down life’s often-bumpy road, you may as well make it as easy on yourself as possible.