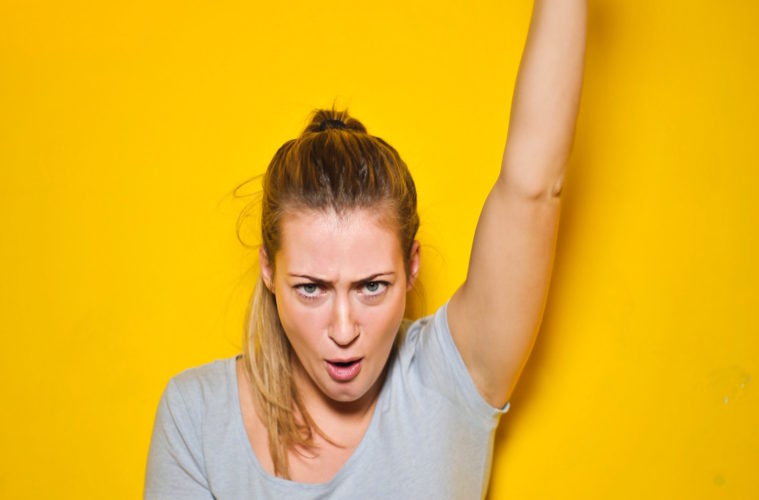 Photo by bruce mars from Pexels

Dear Entrepreneurs: This Is How to Ace the New Seed Round

Especially in the shifting sands of the funding landscape.

I get it, both as a founder and investor.

Before my VC days, I was the founder of an edtech startup that raised seed funding. While our customers included Teach For America, we had a lot of financial challenges.

Now, I’m a principal at Founder Collective, a seed-stage VC fund that has backed hundreds of startups — including Buzzfeed, the Trade Desk, Makerbot, and Periscope — over the last 7 years.

In both roles, I have seen first-hand how seed funding for startups has rapidly evolved in just a few years’ time.

Just consider the following macro changes: capital is more plentiful (with caveats), the cost of technology is constantly dropping, and as a result, what it costs to build a company is now significantly less. On top of that, code is being increasingly commodified, the overall tech industry is maturing so that there is less white space, and there are more serial entrepreneurs than ever competing for seed funding.

With all this in mind, what do you as a founder need to know to ace the new seed round raise? Here are 6 things you should be paying attention to:

1. With or without VC, you can build a life-changing business.

Conventional wisdom says you need to raise outside capital to succeed. Quite the opposite: you don’t need to cede control over your own destiny so early in the game. Though this may seem like an odd thing for a VC to say, the outcomes might just be more favorable for you and your team if you first bootstrap, and then raise capital when you are absolutely ready to scale — or never raise at all. Companies that have built tremendous value with little or no outside capital include Shopify, Lynda, SurveyMonkey, and many more. The other hidden benefit of not raising institutional money until later in the game is that you are on your own timeline, which means that you won’t be automatically doomed if you take too long to get to product-market fit.

The reality is that VCs are investing fairly large amounts of money (tens of millions of dollars in late stage rounds) and as a result they need to return amounts that are competitive with other forms of investment. The pressure for VCs to meet ROI metrics is even more evident. When you consider the high rate of failure for startups (around 60% according to recent estimates), VCs are essentially taking on large amounts of risk in return for a shot at a few really big outcomes. For all these reasons and more, the profile of venture-fundable businesses is fairly narrow. As a very general rule of thumb, venture fundable businesses need to have 10X returns, scale quickly, and have a plausible endpoint valuation above $100M (which varies fund by fund, but usually trends higher not lower.)

So, what does this leave us with? There is a whole range of more modest, but profitable businesses that will never be an perfect fit for VC. And that’s totally fine — it might be more difficult to get venture capital to expand a more modest ($1M to $10M) business, but there are great non-VC funding sources out there. And, because entrepreneurs typically find ways through brick walls, I personally believe that if you know early on whether venture funding is a fit or not, you can plan accordingly or think about alternative routes. The main takeaway is, whether or not VC funding is right for you, you can build a life-changing business.

2.Do you stack up against serial entrepreneurs? You can, if you are prepared.

As a founder, I want to acknowledge that most entrepreneurs are already moving and building as fast as they can. Nevertheless, the gap between exceptional and average performers is starker than ever. What I mean is, VC pitches (and the underlying businesses) have become increasingly sophisticated over the last five years, as more and more repeat entrepreneurs on their second or third ventures bring their lessons learned along with them. If I look back on a random sampling of 10 investments that we’ve made in the past 9 months, just over half were in companies where:

We are seeking the most compelling companies possible and these entrepreneurs are showing us that they are ready to scale. But if you think you need to be a repeat entrepreneur to succeed, don’t be discouraged just yet. On the profile of the repeat entrepreneurs we funded, the other 4 of 10 funded companies in that same subset included amazing first-time entrepreneurs who were at a much earlier stage, like Sam at Lorem and Jeanine and Daniel at Vitae. When we funded SeatGeek, our partner Dave used Jack and Russ’s college transcripts as diligence when evaluating SeatGeek because they were so green and since then have become one of our top 10 holdings. Similarly, TJ at Pillpack was a first-time founder, as are Nadia and Lydia at Dia & Co. You need to hold your own, but you can.

3. Be aware of the cohort effect.

According to conservative estimates, typical venture capital firms are meeting between 50 to 100 startup founders per month. I can attest that we’re on the higher end of that scale. This may sound like a minor point, but there are several ways that a subtle cohort effect may be in play for companies raising.

First, you have a peer group. Your peer group is going to be other companies that have raised as much as you have, or are at comparable points of going-to-market. If you are way behind on the aggregate metrics (revenue, traction/adoption) compared to other companies that are raising the same amount as you, you will have a harder time standing out among the group of companies that are discussed in a weekly partner meeting, all else being equal. You can potentially still come out ahead, but your team, market, and defensibility will have to be that much more impressive.

4. Understand the success metrics for your stage and raise accordingly.

Most investors and entrepreneurs I speak with agree that the new seed round looks like what an A was 3 or 5 years ago. In an environment where 10% of the best startups are actually venture-funded, the standouts are going to be the ones who are not feeling the series A pinch. (or series B or C.)

So, what does this exactly mean? If you raise an outsized round for your stage, it may have some negative blowback on you in later rounds. Specifically, if you raise so much that you are out of bounds of the round you’re raising (you can’t really call a $10M pre-seed a pre-seed), you will also be looked at in comparison to companies in the next stage, which can work for or against you, depending on your circumstances. Also, as we’ve written elsewhere, you will also be expected to live up to a valuation increase from your next round.

So, you should always raise the amount that you need and not more or less (assuming that you are in the position to be able to raise outside capital), but you should be aware that if you raise a $3.5M pre-seed round, or a $10M seed, you will be judged for corresponding milestones in your next round. In general, when building a company you need to stay in your own lane, but in this case, it’s to your advantage to ask around — try founder friends who have gotten funded recently — about what their traction and metrics were at each round they raised.

5. Scale, momentum, and repeatability will bring you A round success. However, don’t wait until after you raise seed funding to start working on them.

Similar to the raising a seed round, success at raising an A round also increasingly depends on how well your startup stands out in a crowded field of other seed graduates. There are startups that rise outside of this model, but to do so is exponentially harder: you have to be even more compelling on other fronts, like technology, traction, or team.

For better or for worse, in later rounds, the assumption is that you have a proven business model that you are taking to a larger audience. That is why the following metrics become even more important:

In practical terms, be aware that big dips or drops in your growth between seed and A may be questioned (I’ve been in conversations with other investors where it has come up). To avoid these questions, try to make sure that your percentage of growth via experimentation does not fluctuate too much (or is not too material). If it helps, a lot of scaling from A to B and beyond is going to look like that. Just know that there are more startups that are hyper mature (i.e. ready to scale), and if you’re not prepared to go against them on the metrics I mentioned above, you won’t be as competitive.

6. Optimize for investor fit, not check size or valuation.

Nothing is more painful than watching startups flounder or being ill-served by investors who do not have the best read on their strengths or market dynamics, or simply have different values. Investor fit matters especially when it comes to raising your seed round, as it establishes who will be sitting around the table for any successive rounds of raising capital.

You may be thinking, “these are just first world problems…I don’t care about fit as long as I get funded”. Yes, I understand, but consider: when you’re spending years of your life on your startup — whether designing a product, establishing a commercialization strategy or assembling just the right team — having the right partners at the table is worth getting right.

When it comes to aligning strengths and market dynamics, ensure that you and your investors match up on:

3) how involved you want them to be

4) how to handle it when things don’t go well

When it comes to aligning values and personality fit, it is essential that you speak with other entrepreneurs in their portfolio (don’t worry, they will be checking on you as well.) It’s interesting to note that questions on fit (working style, conflict resolution and so on) can often be the same questions you need to ask when choosing a cofounder. That’s how fundamentally important key investors (especially board members) can be for your startup growth. Finally, remember not to ignore your gut. Just ask yourself this one question, “Who am I most excited about collaborating with?” Startups are just as much gut, gumption, vision and energy as they are the dispassionate execution of your business model.

Winning as a startup founder is about building something amazing, but it’s also about building relationships, supporting your team and having fun on the journey. Be sure to stop and enjoy the process, as well as reflect and refocus on what truly works.

This article was first published on Medium and is republished here with the author’s permission.