How One Fateful Experiment Changed The Future Of My Company 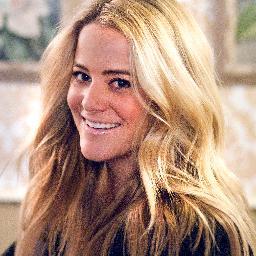 The demands for “PromoJam” promotions were quickly transitioning from a side-project to a full-time gig.
By Amanda MacNaughton (Co-Founder & CMO, PromoJam)

One of the most important things to understand when starting or running a business is knowing when to pivot – you must be open to change. I learned this lesson early on when one fateful experiment changed the entire course of my company forever.

It was the summer of 2009. Facebook was quickly digging MySpace’s grave, the iPhone 3Gs had just invaded the market, and Twitter was becoming mainstream. My business partner (who also happens to be my brother) and I were busy developing a new social network that focused on content monetization and distribution. We had raised an angel round of $500K and were deep in development on our sexy new platform.

One fateful evening we decided to launch an experiment as a favor to a friend. My co-founder Matt came from the music industry – he formerly worked at Interscope Records (Universal Music Group) in the digital department with artists like Lady Gaga, Sheryl Crow and Queens of the Stone Age, managing their social profiles, iTunes / Amazon stores and online presence; and was friends with the people who handled marketing for the popular music duo Travis Barker (Blink 182) and DJAM. TRV$DJAM wanted to give away their new digital mixtape to their fans for free but wanted to do something different.

We came up with an idea – what if we sold their mixtape for a tweet? A pay-it-forward model, where users told their friends about the mixtape on Twitter and would be able to download the MP3 compilation for free – “Tweet-to-Download” we called it. We built it overnight using Twitter’s API and went to bed.

“Can you build a listening promotion for Rihanna?” “How about a tweet to download for Pearl Jam, Paramore, Selena Gomez and Imogen Heap?” Before the end of the day we had lined up 7 more promotions for the biggest names in music entertainment and were working with every major record label in the world. It was crazy and exciting, and we did not yet understand the relevance of what we had just done. This was the beginning of social media marketing and we had just built a social media marketing tool that
everyone wanted to use.

For the next three months, we tried to keep working on our social network platform, but the demands for “PromoJam” promotions (as we called them) were quickly transitioning from a side-project to a fulltime gig. Try as we might to stay focused on our social network development, the paid PromoJam promotions kept coming. How could we turn down making money and working with megastars like Alicia Keys and Bon Jovi? We couldn’t.

Matt and I were faced with a big decision. Keep working on the social networking platform we were creating, or pivot and refocus our company on the exponentially growing market demand for social marketing tools.

We decided to pivot. It was a hard decision. We reinvested the money we had left into building out a complete social marketing platform that could easily build, launch and track a variety of social media promotions on Twitter. The platform was officially named PromoJam, we launched it in Q1 of 2010, and began bootstrapping to keep the company constantly moving forward.

Up until then, we had primarily been focusing on the music industry, scaling our platform to handle high-traffic promotions for the likes of superstars like Justin Bieber and the Jonas Brothers. Our promotions were reaching millions of people. The promotion we did for Ke$ha alone reached 9 million people in 4 days.

We were getting demands to expand the platform capabilities to other networks and began integrating our platform with Facebook and MySpace (which at the time was still being used by the music industry). Brands were slowly dipping their toes into the social media stream, and we saw a huge opportunity to scale the platform across multiple verticals from fashion to film, TV to sports and beyond.

That’s when my background really came into play.

I come from over a decade of professional PR and marketing experience. Prior to starting PromoJam, I lived in NYC for seven years and worked for a top tier lifestyle PR company called THINK PR. I ran the beauty department, traveled all over the country managing brands and events, and then moved to Los Angeles to open and run the Los Angeles office.

After a year and a half, I was recruited by Starwood Hotels and Resorts to run public relations for the entire west coast operations of W Hotels Worldwide; where I worked with major brand partners like Twentieth Century Fox, Dianne Von Furstenberg, and Acura; managed celebrity relations and ran monthly events. My contacts and previous experience made it possible for us to easily expand into other verticals such as fashion, film, consumer products and TV.

By Q2 of 2011, we had on-boarded huge enterprise brand clients like E! Entertainment, The North Face, and STYLE Network; launched integrations with Facebook and MySpace; were building out our mobile platform with Foursquare, QR code and SMS integrations; and had established PromoJam as one of the leading social marketing platforms in the business.

We closed our Series A round of $1.2M at the end of March 2012, and dived into development of our next-generation social media marketing SaaS platform built to handle the needs of modern marketers. Our Series A round was lead by Golden Seeds – the third most active angel-investing group in the country and joined by Silicon Valley’s top angel investing group Band of Angeles. Golden Seeds is a phenomenal group of women investors who specifically invest in female-lead and co-founded companies.

So what’s next? Social media is growing at an exponential rate. Consumer eyeballs and brand dollars are flowing into the space faster than any other media format to date. In 2012 alone, global social media revenues are expected to reach $16.9 billion – a 43.1% increase from 2011.

It’s an extremely exciting time to be a female founder and entrepreneur in the social marketing and technology space. The market is moving lightning fast and constantly changing. I love hearing fellow female entrepreneurs’ stories about building their business, as they often include a major pivot point that was vital to their company’s success.

Sophia Amouruso, CEO and founder of Nasty Gal took her business to the next level when she migrated her retail business from eBay to her own online Nasty Gal website. In four years Sophia’s business’ sales are quadrupling to $128 million with a 60% margin, and she is competing amongst fashion’s most profitable companies.

Knowing when to change and adapt your product to best fit the needs of your customers is paramount to running a successful company. If my business partner and I had not conducted that fateful experiment, and had not trusted our gut to refocus our company, we probably wouldn’t be here today.

Editor’s note: Got a question for our guest blogger? Leave a message in the comments below.
About the guest blogger: Amanda MacNaughton is Co-Founder and Chief Marketing Officer of PromoJam, an enterprise social marketing platform with an array of blue chip clients. Prior to starting PromoJam, Amanda ran Public Relations for W Hotel’s entire West Coast division, built opened and operated the Los Angeles offices of THINK PR, and worked with premier companies across entertainment, fashion, consumer products and more. Follow her on Twitter at @AmandaMalia.