VC Rebuttal to Bindu Reddy’s post on TechCrunch: “I Don’t Want To Be A Diversity Candidate” By Freada Kapor Klein (Venture Partner, Kapor Capital)
A few days ago, TechCrunch ran a piece by Bindu Reddy bemoaning the fact that when raising money as a CEO of a start-up, someone wanted to invest in her in part because she’s a woman.

Bindu stated: “However, they don’t realize that by calling out someone’s gender they make the system less meritocratic.” She quickly went from this point to critiquing quotas, a non-sequitur that often confuses these conversations. Bindu’s post and the accompanying comments illustrate that the topic of diversity these days ignites passion and therefore is often full of muddled thinking and overloaded with accusations.

Sadly, the points in her blog post could have been written 30 years ago. So why do we have so much trouble agreeing on whether there’s a problem and what are appropriate steps to take?

Let’s put some stakes in the ground:

The lack of women in tech hurts individuals, the industry and the country.

We have a serious talent shortage. This is sufficient to fuel calls for start-up visas (worthy but insufficient in the opinion of many) without a simultaneous call for more homegrown talent and ensuring that bias doesn’t overtake our assessment of talent when it shows up in folks who don’t fit our notion of a rockstar founder. 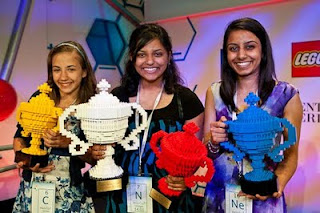 An embarrassing 48th place is how the U.S. currently stacks up in math/science proficiency according to the World Economic Forum (pdf).

Three American girls won the Google International Science Fair last week. Let’s continue to inspire all kids to be geeks, especially those who don’t have many role models in STEM (science, technology, engineering and math) and perhaps they can catapult us back towards the top.

Being gender-blind or race-blind or truly meritocratic is an incredibly worthy aspiration, but there’s plenty of research including new neuroscience to demonstrate it isn’t possible without actively mitigating individual and organizational biases.

Without that effort, one is either a “pattern matching” candidate (i.e. the candidate whose background
follows a familiar arc) — or a “diversity” candidate. Despite our best intentions, we still evaluate resumes, journal articles, theater scripts and countless other day-to-day interactions based on their author’s demographics.

Many who simply point out that the world isn’t fair or life isn’t fair are all too often individuals that benefit from the current arrangement.

The difficulty of mitigating our unintentional biases shouldn’t be a reason for not trying —- especially in the tech community that thrives on developments previously thought impossible.

Once we get to critical mass and true representation, we can all go back to being individuals with strengths and shortcomings, with different interests and pursuits.

But in the meantime, how we judge ourselves and how we judge others —- as prospective startup CEOs, as great employees, as colleagues, as promising students —- falls far short of how we like to think of ourselves.

Last week, Kapor Capital sponsored a women in tech dinner where some preliminary highlights of a study by the Level Playing Field Institute were released, focusing on hidden bias in tech. One of the findings is that while 60% of men in start-ups believe that diverse teams are better at innovation and problem-solving, only 41% would be in favor of a company-wide hiring practice to increase diversity.

Really? If 60% believed that knowing how to code made for better hires, would only 41% be in favor of hiring people who know how to code?

At that same dinner, one African American woman summed up progress in this way: “We’ll know we have parity when mediocre black women get funding for bad ideas at the same rate as mediocre white men.”

About the guest blogger: Freada Kapor Klein, Ph.D. is a Venture Partner at Kapor Capital and the Founder of the Level Playing Field Institute. Her entire professional career has been devoted to understanding and removing hurdles to creating welcoming, fair workplaces. For decades, Freada has been quoted in the press as an expert, has keynoted conferences, testified in Congress and been on national and international mainstream television. Her book, Giving Notice: Why the Best and Brightest are Leaving the Workplace and How You Can Help them Stay, was published in 2007.