Blockchain is more than just a cryptocurrency trading platform. It’s considered the next huge wave in technology, and the backbone of countless industries and applications.

What’s more, women continue to be on the rise in the blockchain field. We’ve spotlighted key women in the industry who are leading the push toward the stronger and more pervasive virtual economy that blockchain will make possible. 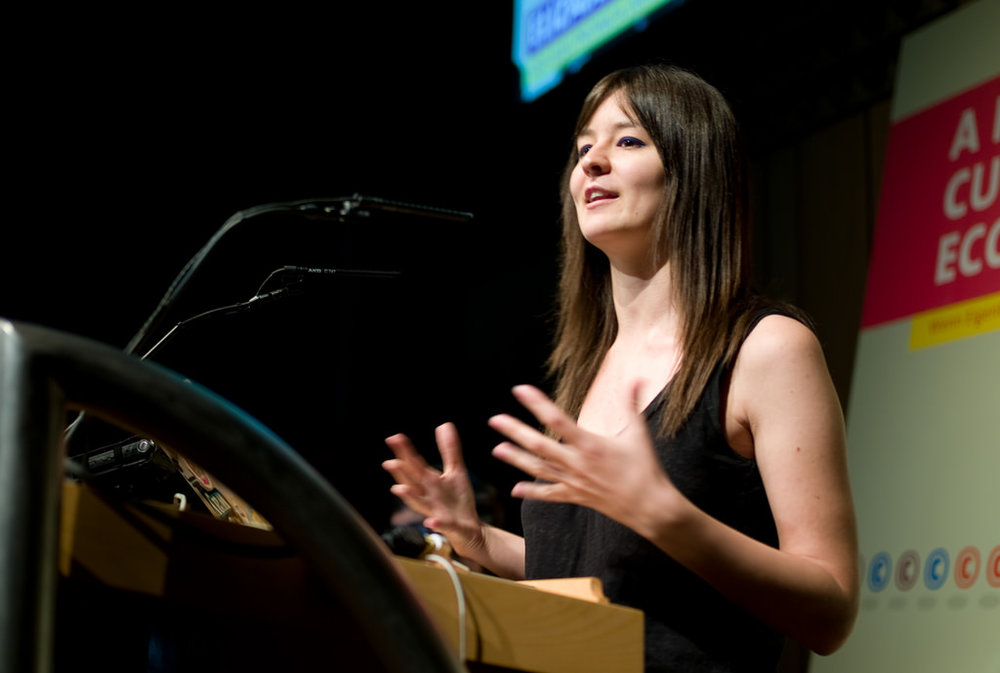 Elizabeth Stark, founder and CEO of Lightning, is an entrepreneur with a passion for building and expanding the future of the blockchain industry. After graduating from Harvard Law School, Stark began teaching at Stanford and Yale, where she lectured on the Internet’s increasing influence on the economy and law. She also co-founded Lightning, a company that focuses on fast, easy online payments through the blockchain decentralized network.

“Why does it take 3 days to send $30? I think we’re going to radically see the transformation and digitization of the way that humans and machines share value,” Stark discussed in the documentary The Blockchain and Us. “Parallels between blockchain and the early days of the Internet exist. Success is in no way guaranteed. A huge amount of progress has happened, and there is something here. A new way of transacting value is emerging.” Catheryne Nicholson’s company, BlockCypher, has become well-known for its expertise in helping other companies build the software infrastructure necessary to using blockchain. Nicholson co-founded the company in 2014 with the help of seed investors. An entrepreneur and mechanical engineer educated at Stanford, Nicholson is a mother and former U.S. Naval Officer. She continues to invest her time into new and unique blockchain projects.

In an interview with Diginomica, Nicholson explained the history of BlockCypher. She and other founding members combined “have over thirty years of experience bringing and building enterprise application to market, but we were trying to think, ‘Where do we fit into this whole thing?’ We are not a payment processor, we are not finance deep. Our core competency is in core enterprise infrastructure.” 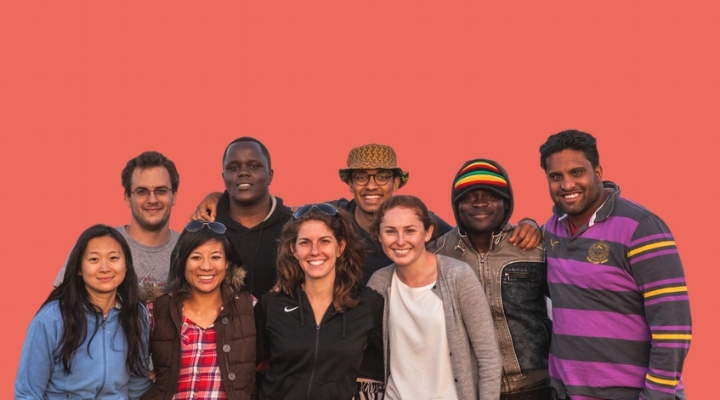 Amy Ludlum has advanced the blockchain network to reach the coasts of East Africa, where the company she co-founded, BitPesa, is headquartered in Nairobi, Kenya. After completing her bachelor’s degree in Management Science at M.I.T. and then working toward her Executive MBA at the University of Oxford, Ludlum worked in corporate finance as an Associate for J.P. Morgan. There she was drawn to the world of bitcoin. Now, CFO of BitPesa, Ludlum has made it her mission to offer convenient and affordable remittances in local currency for people in Kenya and Tanzania to make online bitcoin transactions.

Founded only four years ago, BitPesa was the first of its kind in Africa, and it continues to be a leader in specialized mobile transactions through blockchain technology.

On the topic of diversity in the workplace, Ludlum said in an interview with Innotribe, “A handful of women occupy very powerful positions, and I’m proud that they do, however those women don’t necessarily represent me. Men have hundreds of thousands of professionally successful men to look up to. You can’t be what you can’t see.” Like Ludlum, Ola Doudin is a blockchain entrepreneur who is extending the network internationally. Her company BitOasis is based in Dubai, UAE, where they specialize in instant online exchanges through “bitcoin wallets” on the iPhone and iPad. Co-founded by Doudin only two years ago, BitOasis is currently a leading name in bitcoin technology in the Middle East and North Africa.

Last year, Doudin and her company made the cover of Forbes Middle East as one of their most promising UAE-based startups. Doudin acknowledged investors’ newfound appreciation for bitcoin and blockchain technology and its ability to rebuff cybercrime. “The interest and awareness of local investors is happening faster than I thought. Investors want to help build a regional strong player, so you can see the awareness.” Blythe Masters is a powerhouse both in blockchain and, formerly, on Wall Street. A former executive with J. P. Morgan, Masters has now taken to the ledger blockchain industry as CEO of the financial technology firm Digital Asset Holdings. She’s held numerous senior roles and advisory positions throughout her career, and now brings her experience in economics, blockchain infrastructure. She is also involved in philanthropy and serves on boards for the Breast Cancer Research Foundation and the Global Fund for Women.

In an interview with Fortune, Masters defined bitcoin. “[Bitcoin] is actually a distinct invention with its own benefits. Our firm exists to build what will be the common fabric or infrastructure.” Meltem Demirors deals with the investor and advocacy side to the industry in her role as Director of Development for Digital Currency Group. She consults and collaborates with other investors, founders, and DCG partners to help expand their investment opportunities. DCG is one of the leading companies in blockchain and bitcoin investing, and Demirors serves as an advocate for the growing field.

While moderating a Techonomy panel, Demirors discussed her company’s efforts in more detail. “We’re a little bit of a unique company. We build, buy, and support bitcoin and blockchain technology companies, by leveraging our insights, our network, and our access to capital. What that means is, we act as a venture capital firm. We’ve invested in over 100 companies now, across 27 different countries, which all leverage blockchain technology, digital currencies, or distributed computing in some capacity.” Recently named President and CEO of the American stock exchange Nasdaq, Adena Friedman has generated some of the latest buzz in blockchain news. Having served on the Nasdaq management team many years prior, Friedman formerly worked as CFO and Exec VP of Corporate Strategy and Data Products, leading to her later interests in blockchain. Now, Friedman is trying to broaden the role of artificial intelligence in Nasdaq’s market surveillance, as well as blockchain’s role in the stock market.

“We’ve decided last year to really embrace the blockchain in terms of the market infrastructure next-generation system that we’re launching and providing out to all of our market technology clients,” Friedman said in a podcast interview with WatersTechnology. Amber Baldet of J.P. Morgan serves as Executive Director and Blockchain Program Lead. She works with JPM’s recently established Blockchain Center of Excellence to help advance their own technology and client outreach. Before JPM, Baldet worked on strategy, product, and application development for Capco.

“Blockchain technology is potentially transformative to the entirety of the financial services industry,” Baldet said in a Hyperledger interview. “J.P. Morgan is committed to shaping the future of the technology.” 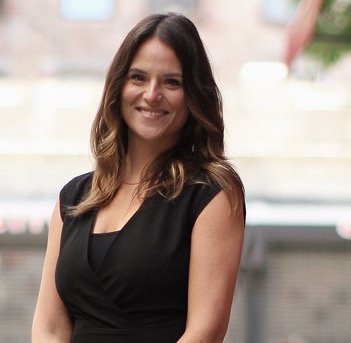 Liana Douillet Guzmán is a rising leader in the blockchain industry, serving as SVP of Marketing and Communications at Blockchain. The company’s mission is to provide a more accessible and fair financial future to its consumers by providing the building tools toward stronger blockchain technology. Guiding these efforts on the strategy side, Guzmán focuses on building and expanding Blockchain’s partnerships globally while also managing marketing and communications. Prior to working at Blockchain, Guzmán led Branding and Communications at Axiom, where she helped the company rise to become industry leaders, valued at $250 million. Guzmán is also a driven philanthropist, having co-founded The Pink Agenda and now serving as an Honorary Chairman to fundraise and promote awareness for breast cancer.

In an interview with McKinsey & Co, Guzmán discusses the growing impact of the blockchain industry. “One of the issues that we have as an industry is that people are talking in three- to five-year increments. I think this is a decades-long experiment. And I don’t know that I can say where I think we will be. What I can say is that I do not believe there is a single industry that will not be touched by this technology.”

Sam Joseph is an intern for Women 2.0 in social media and content management.