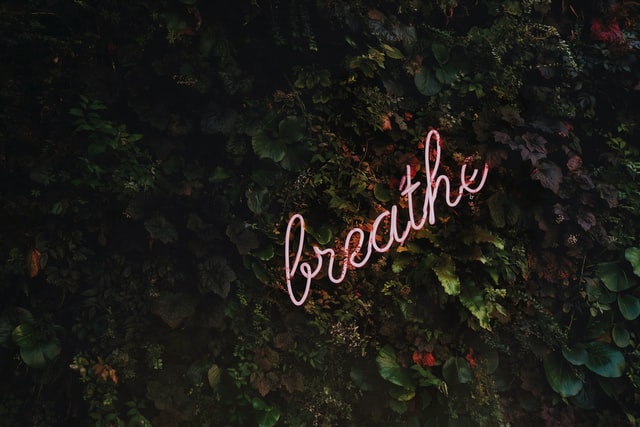 Photo by Tim Goedhart on Unsplash

It started with a statement:

“I feel offended by men referring to women as females.”

What transpired was a cavalcade of feelings, opinions, and “facts”.

On a random afternoon where I needed to procrastinate, a Facebook group thread started with a woman who took issue with men using the term “female” in reference to women. She felt the term was dehumanizing and disconnected the user from acknowledging women as peers.

Her argument made sense to me. While female functions both an adjective and a noun, it feels incomplete and weird without something following it — female doctor, female body.

But honestly, whether it makes sense to me or not doesn’t really matter. And what I found so interesting and so disappointing in the ensuing comments was how difficult it was for people to reach that same conclusion.

I saw every type of comment. Some people expressed solidarity and validated her experience, which was beautiful to see. However, so many more sought to invalidate her discomfort — by offering alternative interpretations of people’s intentions when using “female” toward her, explaining how when they use the word it’s different. My favorite was reading comments where people said “at least it’s not the word, b***h”.

Rather than hearing her experience and learning from it, people were quick to make the conversation about them. People reacted to her story with anger and perhaps even guilt because they saw her experience as an indictment of their actions. They saw her sharing as an attack on their behavior.

Once they made it about themselves, they diminished her experience. Why did their opinion matter so much in this moment? Why did their right to use the word supersede her discomfort with it?

It reminds me of a piece I wrote a while ago on having a difficult conversation about diversity. We balk at the idea of being challenged with new ideas and experiences, and seek the more immediate satisfaction that may come from poking holes in new ideas and experiences rather than the harder work of questioning our own. We resort to tactics that diminish and invalidate under the guise of “challenging” assumptions, “sharing” valuable knowledge, or communicating a particularly “important” and divergent point of view.

But this is not about us and our feelings or our understanding. It was not her job to “make us” understand or to have her defend her position.

It was our job to listen.

It doesn’t matter whether it’s the word “female” or another conversation about language that makes others feel “less than” when it is used in reference to them. This isn’t a moment to debate the finer points of nuance, context, or the “bad apples” that spoil it for the “well-intentioned”; it is a chance to evaluate who we are today and whether it is the person we want to be.

To be better is to challenge ourselves to grow. And watching this unfold reminded me of how important cultivating our growth mindset is. Especially if we are on a journey to be allies. Operating at our edge, or becoming comfortable with discomfort, is the difference between shifting into drive versus staying in neutral and hoping we can coast with the pull of gravity and absence of friction.

I am starting to feel like we are building a world where our “right” to be heard or our “right” to our beliefs is dominating the right of others to feel safe and respected. In this world, anyone challenging our status quo is vilified and assumed to be maliciously fixated on taking something away from us. That can’t be the way we approach conversations, particularly conversations like the one initiated by this woman, who spoke her truth about what makes her feel valued, safe, and respected.

At the core of our experiences, we have moments we can point to where we may have felt undervalued, disrespected, or uncomfortable. Connecting with that feeling — seeking that empathy — is a great first step toward having conversations that challenge us to grow.

That next step … realize it isn’t always about you. Every challenge doesn’t require a rebuttal. Every emotion doesn’t need deconstruction. Every statement doesn’t warrant analysis. The goal isn’t to figure out a way to reframe or justify our status quo behavior or beliefs or to win in a battle of whose position is “more right”. The goal should be to grow and evolve. And we do that by giving up that need to be right and instead internalizing new information about our environment and the people that occupy it.

I hope that I am preaching to the choir — for people that seek to be better allies, being able to listen and step outside of our own experiences is kind of the step before the step down the path. However, this conversation — to use female to refer to women or not — reminded me that the temptation to “probe” or “understand” why is real and may even be well-intentioned.

However, the first question we ask should not begin with “why?” or “what?” As in — Why do you feel that way? Why that word? What about this word? Why not?

Instead, the first question asked will start hopefully with “how?” As in — “how can I be helpful?” or “how can I grow?”

This piece originally appeared on Corey Ponder, and was published here with permission.