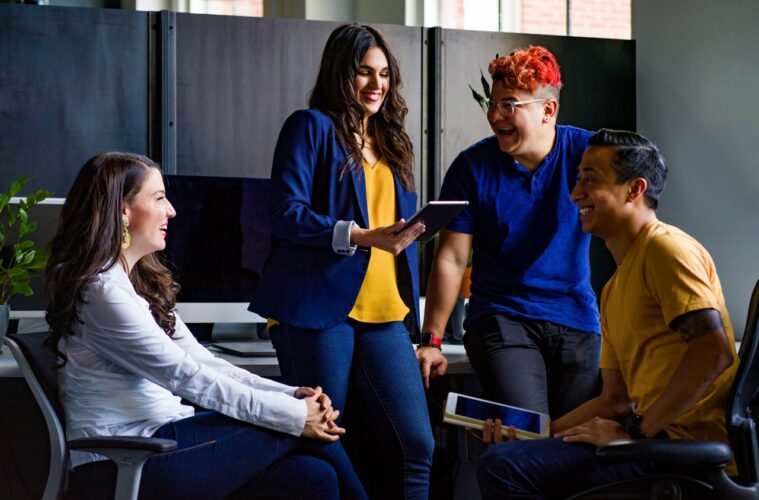 8 Important Concepts to Master to Become a Better Team Manager

Alana Karen has been at Google for 17 years. During that time, she’s gone from a junior employee to one who manages an increasingly larger team, and has an increased amount of responsibility and leadership.

This has allowed her ample opportunity to both receive feedback and reviews, as well as act upon that feedback in a actionable way.

She’s shared with us several of the areas she’s focused on the most in an excellent series of posts. We’ve pulled a few meaningful points together below, and encourage everyone to dive deeper into each one.

On becoming a leader.

Leadership is a combination of courage and skill. Many people we label as natural leaders are born less fearful — comfortable with the universe and magnetic with others. This gives them the courage to speak their ideas without the limits others may feel. However, there is also a critical skill set — how do you come up with a strategy, what’s the best way to communicate it, how do you sustain a connection with people and drive a team forward. We can learn these skills and, in turn, grow our courage. That’s what I had to do. 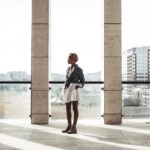 I’ve come to consider the concept of Strategic Thinking as an old friend. It alongside its buddy, Big Picture Thinking (BPT if you’re hip), can be seemingly elusive. These concepts repeatedly showed up during my annual performance reviews as an “Area for Development.” The path, however to acquiring these skills was unclear. I was supposed to understand these concepts intuitively, and once understood, I would then be SENIOR and capable of MORE. In other words, I needed this skill to be promoted. Ooh, let the games begin!

It’s not that my managers didn’t try to explain what I needed to do, but it was a “we know it when we see it” kind of thing. If you’re told to plan for the future, you will. But is this to the satisfaction of others? Well, that depends. Are they more senior than you? Can they see further out in their crystal ball than you can? Can they see things you can’t see because they know things you don’t? I was working with a lot of people who could think bigger than me, and I needed to embiggen fast. 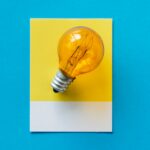 Strategic Thinking, We Meet Again
“The more senior I got, the further ahead I needed to be able to plan. This required practicing a few different sub-skills that I found comprised Strategic Thinking/BPT”

On managing a team.

Looking back, I was really struggling with this loss of control — not being able to do what I wanted when I wanted. At the same time, I was also learning how to focus more on people instead of projects. I was still a transactional leader trying to accomplish tasks, not yet focusing on people and relationships. There’s the Spiderman quotation, “With great power comes great responsibility.” Mine was more like “With great responsibility comes little control.” It was time to either get bitten by a radioactive spider or start developing some superpowers of my own.

Inspiration is a tricky business; it varies by person. I have some team members who desperately need to know their work is valued. I have others who purely want to come in and enjoy what they do every day. Relationships are the currency of inspiration: knowing your people first and then catering your approach to them. Once I realized that, it turned out I did have superpowers after all: listening, execution, dedication. I just needed to apply them to people. 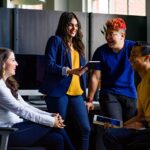 Managing a Team: Control and Inspiration
“Relationships are currency: knowing your people and catering your approach to them…it turned out I did have superpowers…I just needed to apply them to people.”

In the end I was missing out on higher level objectives that I should have been focusing on whilst holding on to the old work I’d already mastered. In doing so, I was actually preventing my team from taking on tasks that would challenge them. I was also obscuring the additional hiring my team needed by working overtime and doing it all. And finally I needed to start teaching people the hard truth about operating at scale; you get less 1:1 time.

I created an exercise to help me move forward. Over the years I’ve road tested it with many team members who hit a similar “I’ve got too much work and don’t know what to do” wall. I happened to design the one below, but there are similar models out there. While you can create this in a spreadsheet or a doc, I often had people use the whiteboard while we talked. 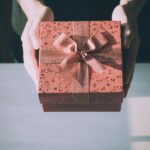 It’s Delegation Time
“I resisted delegation until I understood it truly benefited others. And then it was magic.”

Amid all of the work, I hadn’t used any system for deciding what to do. Some things I had not done because I was busy, others because I simply didn’t want to. I was attracted to some projects because I was naturally better in those areas, and other projects I avoided because they were annoying. I was taking the path of least resistance through an ever-growing pile of work, and I was not taking the time to understand why I wasn’t doing certain things.

If I’d had a prioritization method or system, I would have noticed a couple issues ranked higher than I thought at first glance. I either would have completed them sooner or communicated better about what I was planning. 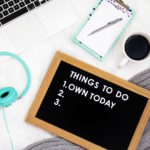 I was successful because I was a hard worker, I made good decisions, and that helped luck roll in and do its thing. But once I had climbed into a better life, I had no answer to what’s next except to stay there. I’m the opposite of what people talk about in the business world. What if you’re just happy to be here at all? Just thankful you don’t have to put things back from your grocery cart? Grateful you can stay in a nice hotel when you travel? What drives you then?

I’m not jealous of other jobs, BUT I am jealous of how effortless it seems for others to dream and want bigger things. Am I missing out? If that doesn’t come naturally, how do you teach yourself to think big? 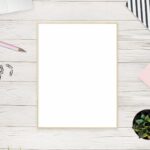 Ambition, A Foreign Land
“I can’t rewrite my history; it’s part of me. How it connects to my career feedback over the years may surprise you though.”

On dealing with frustration.

That’s how I would rationalize it today, but really I was a stress ball and sometimes I popped seemingly at random. And when I popped, I didn’t yell. I got harsh. I was raised in New Jersey, and I have an engrained cutting sarcasm that requires little thought to deploy. Or I cut people off, completely drained of patience for their sentence to end. Or I’ll jump all over them for a seemingly little problem that I would normally brush off.

Not good. Especially when you’re a manager, mood swings and randomness is never good. People need predictability. They track their success by your smiles and frowns.

This all boiled down to how I handle stress and how, in turn, I could model better behavior to my team. When I was more stressed and tired, I became easily frustrated. When I was frustrated, it fed into my stress and fatigue in a vicious cycle. Over the years, my jobs were only becoming more intense as I became more senior. And in 2009, I had my first child which meant more stress at home too.

I’ll often tell people who are trying to improve their well-being that “work will take and take”. It’s up to you to set the boundaries of what you’ll give.

Strategic Thinking, We Meet Again
“The more senior I got, the further ahead I needed to be able to plan. This required practicing a few different sub-skills that I found comprised Strategic Thinking/BPT”

On accepting emotions and change.

It turns out that normal change management does not prepare you for what I’ll call ‘extreme change management’. Around this time, I started to use this comparison: Normal business conflicts teach us a lot. We learn how to prepare ourselves for the storms — we don our metaphorical umbrellas and raincoats, we watch the weather forecast, we prepare accordingly. We come through just fine. Does that help us when a tornado comes? Not even a little.

So what’s different about extreme change management? Extreme emotions. What do you do for the despair people feel when there is a reorg and their job ceases to exist? When they’ve never really failed before and this is their first experience with it? How do you help people who feel guilty because they still have jobs? How do you weather the anger or, in some ways worse, the ambivalence people feel when you’ve wasted their time? When people feel powerless and out of control? And what’s the right environment to help everyone recover? 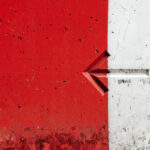 Accepting Emotions & Change on the Job
“What I learned over time — everyone says they are ‘fine’ and rarely are, and if you pretend they are “fine” then you won’t be able to motivate what you don’t understand.”

This piece is brought to you by Thomas Jefferson University, offering an Online Innovation MBA.