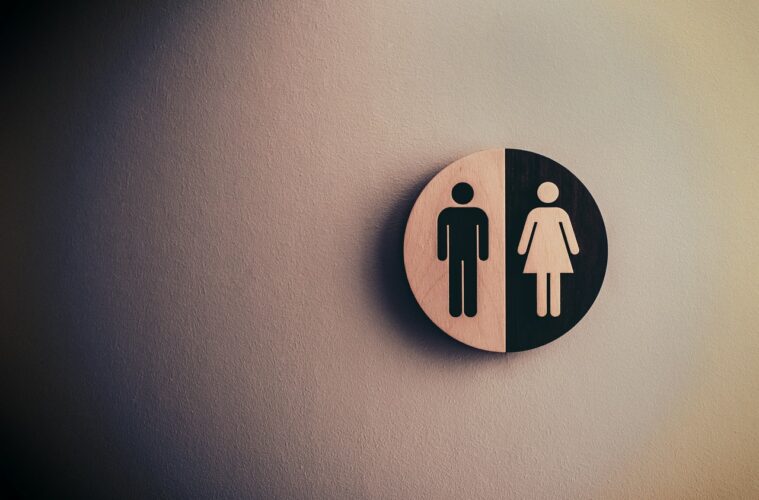 Photo by Tim Mossholder from Pexels

The Gender Pay Gap is Closing at a Leisurely Pace, and It’s Hardly Cause for Celebration

The gender pay gap is slowly closing, according to a new report by Glassdoor Economic Research. According to the report, the unadjusted pay gap between men and women in the U.S. is 21.4%. In other words, women earn $0.79 for every $1.00 that men earn. And the gap is 2.7 percentage points smaller than it was in Glassdoor’s 2016 study.

Women 2.0 spoke with one of Glassdoor’s analysts and two other experts, to put the findings in perspective.

“The gender pay gap is complex, with many factors that enable it to persist,” according to Amanda Stansell, economic research analyst at Glassdoor.  However, she believes that technology is one factor that has contributed to the gap shrinking slightly. “Technology has helped to further access to information and resources to understand the gender pay gap, what workers should expect to earn, and help both employers and workers identify discrepancies in pay.”

Stansell also believes that pay transparency, including movements like #MeToo, have helped to destroy long-held taboos regarding talking about pay or asking for more money. “The currently very tight labor market, with many industries and companies experiencing a shortage of workers, is another likely contributor to the shrinking pay gap.”

While it’s promising to see some movement in a positive direction, she cautions that a lot of work remains to achieve equal pay for equal work. “In our research, we projected out how long it could take to close the pay gap, if it continues to shrink at the rate it has in the last three years.” So how long will it take? More.Than.Fifty.Years.

To put this in perspective, if a 22-year old woman starts working today, Stansell says she would reach pay equality at the age of 73.

The report notes that there are other factors that could also impact the pay gap, including the state of the economy, gender balance trends in college majors, and parental leave and other policies that impact career decisions.

According to the Glassdoor report, the occupations with the largest adjusted gender gaps in base pay are as follows:

On the other end of the spectrum, the pay gap is significantly smaller in these occupations:

In addition to bioinformatics and technical support, the pay gap is lower in other tech areas, for example, 11.5% for data specialist, and 11.6% for general computer occupations. We asked Linda Burtch, founder and managing director at Burtch Works, a data science and analytical recruiting firm in Evanston, IL, why she thought the gap is smaller in technology/quantitative-related areas.

“Since women are scarcer in quantitative fields, and especially at the senior leadership level, we tend to see companies recruiting them more aggressively,” Burtch says. “Also, because many STEM-related jobs are new and/or growing, the field skews younger, and we’re seeing more women than ever getting into these fields.”

And she believes that data professionals at the early career levels live in a more gender-neutral environment than in the past. “There’s less stereotypes or legacy baggage that you might see in more traditional fields,” she explains.

However, Burtch notes that there are exceptions and some of the big tech companies have a “bro culture” that needs to be addressed. “But from our perspective working with hundreds of clients filling analytics and data science roles, we just don’t see as much of an “old boys club” mentality,” she says.

And although women need to be informed and understand their market value, Stansell says it’s not solely their responsibility. “Companies should also have a part in the discussion by being transparent about pay among employees and seeing if pay gaps exist at their own companies through tools like Glassdoor’s pay gap auditing tool. But even if employers don’t find a gender wage gap one year, she says they need to continue monitoring every year to ensure they’re upholding gender pay equality.”

Lisa Kaess is an economist and the founder of Feminomics, which focuses on practical, policy, and pocketbook issues impacting women. “Careers are marathons, not a 100-yard dash,” she says. “Things happen to us all, and they happen to women more of the time.” And to close the gender pay gap, Kaess notes two issues that need to be addressed.

“More women than men take breaks or ask for flexibility – whether due to maternity leave or dealing with older family members,” Kaess says. ” And they pay a price for it — literally, in their compensation, and qualitatively, in terms of career opportunities.”

As a society, we claim that we support family values, and studies show that companies benefit from having a diverse workforce. But are we just paying lip service?  “Not only are women losing out, actually American families lose out, because women serve as breadwinners in roughly 40% of households raising children,” Kaess explains.

The second issue is bias – although it may be a less conscious form. “Many workplaces have come up with pay brackets, where they compensate on various levels along one’s career, relating to education, years of experience, etcetera,” Kaess says.

However, it’s often a judgement call to decide on which level to onboard an employee – especially one with experience. “Recently Google released figures that showed little to no pay gap for people hired at the same level for the same position,” Kaess says. “However, a lawsuit alleges it did not account for bias where female employees were consistently judged to merit a lower pay scale than men – for example, a woman was hired at level two, but her male counterpart entered at level three.”

And Kaess says this is equivalent to starting a race either ten yards ahead or ten yards behind. “The Obama Administration had proposed that companies with over 100 employees disclose data on this issue relating to gender and race, but its implementation was put on hold by the Trump Administration, citing an undue burden.” She expects the courts may become the final arbiter.

“Another remedy is the salary history ban, which outlaws using someone’s past pay as a basis going forward, seeking to course correct for employees along their career path,” Kaess says. “Thirteen states and a number of cities like New York and Philadelphia have enacted this provision.”

Yet another solution may be salary negotiations, and women are often chided for accepting the salary that’s offered. “We actually just ran an analysis on salary negotiation within data analytics, and found that women are just as likely as men to attempt to negotiate their starting salary,” Burtch says. “Of those that negotiated, 73% of women said their salary offer was increased as a result, versus 68% of men who said their offered salary was increased.”