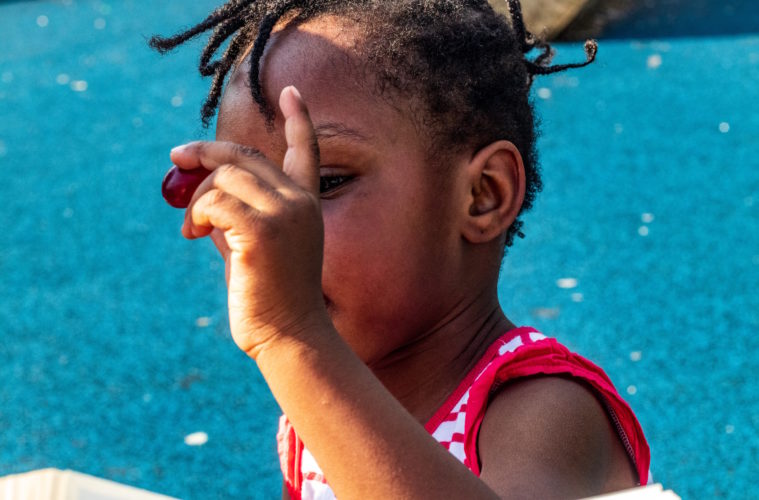 Photo by Suad Kamardeen on Unsplash

To kick this article off, here are some facts about girl child education in Africa that everyone should know. According to the UNESCO Institute of Statistics:

The consequences of not understanding and addressing these facts are chaotic for the world at large.

I remember a conversation I had a while ago with a friend of mine during which I expressed my chagrin at the fact that young people joined the Boko Haram because it was promised that their families would be compensated with the sum of 20,000 naira or less. I just couldn’t understand how someone could strap himself with a bomb, charge into battle for the equivalent of 55 dollars.

Then my friend said, “For most of these young people, the hate is borrowed. It is not theirs but the hate of overlords who promise them measly sums of money. You see, when young people are not educated, it becomes easy to mislead them. They can be more easily drawn into making drastic choices simply because they lack knowledge of the intricacies of their actions. It is then that they become tools of another person’s propaganda.”

It makes something sink in, this statement. An educated youth and an illiterate one do not think the same . They perceive differently, understand differently, and approach things differently. Formal education for me does not just add quality to life; it defines the quality of life to an undeniably gigantesque extent. It cannot be overemphasized. The matter should not be whether a person is a male or a female. The question should be, “Is this a human being?”, and if the answer is yes, then education is an absolute must.

Where are we now?

Although in the last several decades, gigantic strides have been taken towards reducing the effects of this phenomenon, it is unfortunately true that girl children are still grossly left behind with respect to education in Nigeria. The reasons for this are multifarious, with factors such as poverty, early marriage and pregnancy, religious isolation, cultural and societal discrimination against women, and not surprisingly, illiteracy playing key roles. All these factors are intertwined and overlapping.

For instance, a report by The World Poverty Clock in June 2018 shows that nearly 50% of Nigerians, some 86.9 million people are currently living in extreme poverty. This extreme poverty forces citizens to make hard, grisly choices and prioritize in the most ill-advised ways.

It’s common knowledge that where lack is prevalent, lots of Nigerian families tend to send their boys to school and leave the girls at home. Why the preference? Because in Nigerian culture and society, the woman is naturally to be relegated to the background as it is believed that she should be “seen and not heard”.

Girl children are married off at alarming ages (especially in the north) due mostly to poverty, religious isolation and of course, illiteracy of both the parents and the girl child herself. In fact, the legal age of consent to sexual activity in Nigeria is 11 years of age.

All these factors affecting girl child education in Nigeria conjoin and build up to become a formidable force against which we push. But it is quite ironic that the most obvious tool for combating these factors is none other than education, education, and more education of the girl child.

“Why educate the girl child then?”, one might ask.

The reasons are plenteous and ubiquitous in their reach, certainly unable to fit into one write up. Nevertheless, for the purpose of this article, I shall try to contain them into five major reasons why girl child education is of paramount importance in Nigeria.

1. Education in general strengthens and improves the economy of a country, thereby naturally pushing back the fences of poverty.

The economy of a country, its development, its strength are all dependent, in part, on how educated its citizens are. A largely uneducated country is a country that is going nowhere. That being said, women make up at least half the entire population of Nigeria. Imagine that Nigeria is 50% male and 50% female, but of the females, only about 20% are educated as against 39% for their male counterparts. Now imagine a man with a weak right leg and a stump for the other. How shall he walk, let alone run?

That is the exact state of Nigeria with more than half of its entire female population uneducated. Illiteracy of the girl child renders the majority of some 96 million Nigerians unable to contribute in substantial ways to the development of the nation economically, politically, intellectually, and in other such ways. Let’s not forget that the whole leg (the male population) is not exactly in sterling condition either.

In other words, Nigeria is literally hopping on one weak foot on a race track. So the more girl children are educated, the more that stump grows out and consequently, the sooner we have a chance at an actual race.

2. Girl child education most definitely improves the overall health of a family, a society, a nation.

Especially in the northern part of Nigeria, very few girls are suffered a formal education. This is owing to cultural and religious perceptions of women and their roles in society (perceptions that still have such deep roots in the area because of the widespread illiteracy prevalent there!). Because these families are poor and these girls are uneducated and without prospects or any knowledge with which they can financially contribute to the family in the future, giving them out for marriage from as early as nine years of age becomes a way to obtain dowry and get by. The girls are considered to be some sort of acquired property that only pays off in the form of dowries. This translates into the reality that a disturbing 32% of teenagers in the rural areas of Nigeria have begun childbearing.

Apart from the sad and devastating physiological and psychological effects of this outrage such as Vesico Vaginal Fistula (VVF), sexual dysfunction, and incredibly low self-esteem to name a few, there are issues born of this anomaly that affect the society on a larger scale.

There’s the fact that most of these girl children – with their own newly born children – end up begging on the streets, under the bridges, in every corner they can find. There’s the fact that these children neither know how to or have the means to appropriately take care of their own children and consequently, vaccinations, proper child care, proper dieting, child health, protection from exposure, and cleanliness are all swept under the proverbial rug. These girl children are not physically, financially, and emotionally equipped to have their own children. They simply end up releasing more people they cannot cater for into the world, increasing the rate of poverty by jaw-dropping numbers.

Educated girls, on the other hand, generally have knowledge of sex, sexuality and how to protect themselves against STDs and unwanted pregnancies. Also, education lends people (both male and female) knowledge about the evils of female gender mutilation and nary an educated person have I seen ready to surrender their girl children to be circumcised.

Education affords young women knowledge about vaccinations, dieting, AIDS, proper care, knowledge that they would be well equipped with if they decide to start a family of their own. It also definitely ensures that these young women are productive and contribute to their families, to their society. Their societies then see that girl child education is an investment and choose to invest in their girls instead of simply marrying them off. The girl child becomes valuable.

3. Girl child education is the most pivotal move towards securing gender equality.

Direct your attention back to our hypothetical one-legged man for a bit. Again, a country that represses the social, economic, intellectual, human rights of women is a country that will always remain in the background. Gender inequality is a redundancy that can hardly be afforded, especially in the face of the present day global clamor for improvement and development. Women should be accorded the due right to engage in politics, to work in every capacity they can, to lead and to direct and only then can we reach for full development.

There is no greater way to smoothen out the conspicuous creases in gender equality than by girl child education. In fact, it is the primary way. We must put pens and books in the hands of young girls and just watch them go. It is proven, in every way possible that the female is just as mentally capable as the male and can excel in every way there is to excel. So for the individual and greater good, the importance of gender equality and in turn, girl child education can never be over stressed.

Educated women consider themselves to be of value to their families, spouses, societies and most importantly, to themselves. It is therefore less likely for an educated woman with prospects to subject herself to physical or sexual abuse or to remain a victim of such.

The exposure education gives a girl child makes her more likely to develop a concrete self-esteem, thereby immensely upping her protection of herself. Most illiterate women find it harder to walk out of abusive relationships and marriages because they have no means to look after themselves. This is however not the case for most educated women who can provide for themselves.

5. The more the girl child education, the less the population explosion.

These five points merely scratch the surface and can only attempt to graze over the true depth of this matter.

The magnitude of the ills of girl child illiteracy has still not been fully captured by studies. The Nigerian government has made incredible progress in balancing out this issue in the last decades, creating free education at the primary and secondary school levels in many states.

However, most of these schools are in deplorable conditions and are not fit for learning. The government has to up its game. Nevertheless, Nigerian parents should make use of these free facilities to the extent that they are useful and young people should milk these institutions for every drop of knowledge they can get out of it. People should keep looking into creating more free educational institutions for our youth.

Societies, families, individuals should be sensitized on the ills of girl child illiteracy especially in northern Nigeria and we should collectively take steps towards alleviating this oddity to the barest minimum. Remember the saying, “When you educate a boy, you educate one person. When you educate a girl, you educate a family- and a whole nation”…

This piece originally appeared on Nigeopolis, and was republished here with permission.