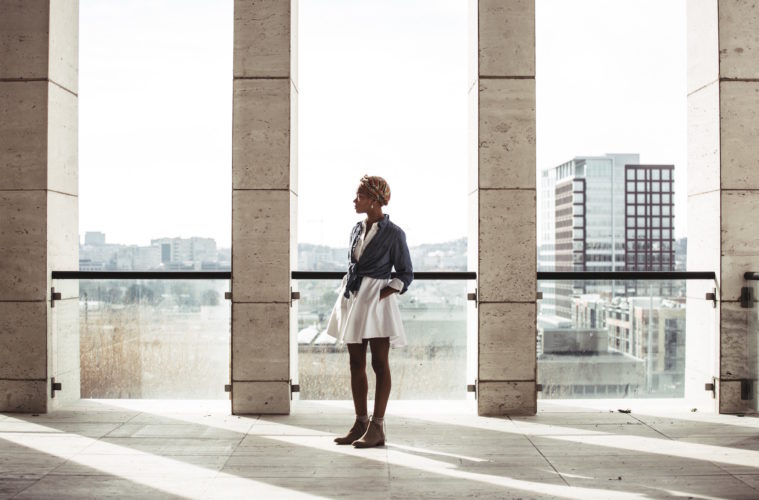 Photo by Savs on Unsplash

Alloy recently cancelled our contract with the recruitment tech platform we’d been using for the past year after they provided us with only 6% female candidates for our tech roles.

Their response to our reason for letting them go? “This reflects the current market”, and anyone who says differently lets in lower quality candidates.

Yes, there’s a pipeline problem in the tech industry, but 6% women? Way too low.

Implying women aren’t as good as men? A suggestion seriously harmful to the success of our industry. And ultimately, an irresponsible and shameful attitude given their opportunity as a top, venture-backed and – in their own words -innovative recruitment platform to take a meaningful stance on this subject.

Not only are women just as good as men at engineering, women have led some of the most important innovations in the history of computing. It’s the case that, since the 80’s, the number of women in Computer Science education and industry has declined. But extensive research suggests that reasons for this trend are not because women aren’t as competent, but rather that, at least in part, there are structural and societal hurdles in place that have prevented their progress.

Correcting this decline wouldn’t be a charitable act either, it simply makes business sense. By not hiring women and candidates from other underrepresented groups, companies are missing out on significant potential talent, and ultimately missing out on potential profit. More diverse companies make more money. As discussed by McKinsey, increased racial, ethnic and gender diversity at a board level results in financial returns above national industry medians.

Needless to say, this attitude from our recruiter was not what we wanted to hear as an employer.

Fortunately, when I spoke with other companies in this space, not only were there more refreshing attitudes and constructive actions being taken, but a recognition of the commercial advantage of providing gender diverse candidates.  Ed Donner, Founder & CEO of untapt, told us “almost universally across hiring managers I speak with, the business case for gender diversity in tech is clear. Hiring more female engineers is an imperative across the majority of our clients.”

Kate Brodock, CEO of Women 2.0, highlights broader trends driving this change: “…with everything that happened around gender and sexual harassment in the tech industry last year, as well as the #MeToo movement, we’re seeing more rapid shifts in mindset from companies to start addressing and fixing a lot of these issues”.

Diverse candidate acquisition is a focus for forward-thinking hiring platforms in this space. To broaden their pipeline, they’re using targeted content, events and partnerships to attract more women into, and encourage them to stay, within the industry.

There is a significant amount of effort going towards pipeline building; for example, Hired lists Women Who Code, Tech Ladies, and the Anita Borg Institute among their partners and Tech Inclusion, Grace Hopper Celebration for Women in Technology, and Lesbians Who Tech among the events that they actively support. Women Who Code say that they produce five free technical events on average every day — that’s 1,900 annually — in an effort to engage and support the community.

Women Who Code, like Lane and Power to Fly, are examples of recruitment platforms centered on candidates who identify as female. These aren’t small fry organizations either, they have some serious traction establishing that female technical talent is out there – Women who Code, which focuses only on tech roles, say they have over 5,000 page views and interactions on their job board monthly. Power To Fly claim to have over a million women’s profiles on their platform, with 39% of those profiles being engineering and technical.

Bringing more women into the industry is the first step, the next is about creating a fairer playing field for candidates once they’re in the selection process, which right now is suffering from prejudice and preconceptions. In 2018, Hired found that 46%* of the time, companies on their platform only interviewed men for a given role.

Recruitment companies are achieving improvements here via the use of technology to help remove unconscious bias, tools to upskill employers in understanding why and how to hire diverse candidates, and increased transparency across the hiring process to identify bias.

For example, Applied  uses algorithms to assess candidates on the basis of their skill, not whether or not they fit the historic profile of people a company as previously hired. According to their reports, this has resulted in gender parity for graduate level roles. Triplebyte is another tech recruiting platform that wants to reduce bias by giving all candidates the same online coding quiz at the start of the selection process to give an evidenced-based, comparable view of each candidate’s actual ability.

Hired and Women 2.0 are among those producing thought leadership, guidance and tools on their sites to support those employers looking to recruit, hire and retain diverse employees. Employers often have a lot to learn on how to hire women.

As Alaina Percival, CEO of Women Who Code, says, “On average women won’t represent their experience in the same way as men. If you want more women to apply you should change the way you post and interview for your jobs.”

Why not start with Hired’s 6 Practical Tips to Include in Your Diversity Hiring and Inclusion Plan?  A candidate I spoke with recently, for example, said that they always ask a potential employer about their Trans healthcare plans in interviews to get a feel for the true inclusion of the organization. Hired’s article recommends strengthening your employer brand by highlighting important benefits for candidates at different life stages and experiences.

Another key part of this is about bringing transparency to the process. Right now, men are offered higher salaries than women for the same job at the same company 63% of the time. Like some other platforms, Women Who Code includes salary ranges across their job boards to try to combat this. Hired also offers detailed salary ranges and is transparent in the way they measure and hold themselves to diversity standards – leading by example in reportedly spending $2M in 2016 to close their own wage gap.

Obviously, bias in startup hiring is a symptom of a much larger societal issue that reinforces stereotypes set right from childhood. Fortunately, there are fantastic organizations tackling the recruiting industry’s gender bias at an even earlier stage.

One of the leading organizations in this category is Girls Who Code, an awesome nonprofit building out a network of after-school clubs over the last 6 years, with 50% of the girls coming from historically underrepresented groups. Through their work they are on now track to achieve gender parity in entry level computer science jobs by 2027. If you don’t know about their work check them out to see how you can support them!

As employers, we shouldn’t be satisfied until we have diverse pipelines to hire from, and until we have a workforce that is representative of our country and talent!

Don’t settle for recruitment firms that only give this issue lip service, or worse, ignore it altogether. Only those who are actively tackling this problem, who share their initiatives and results, should get your business.

This month at Alloy we’re setting about tracking our entire hiring pipeline to hold ourselves accountable and understand where we can improve, from broadening our candidate sources to altering the language in our interview process. Take a moment this week to start tracking your metrics as a company and join us in changing the status quo of engineering talent!