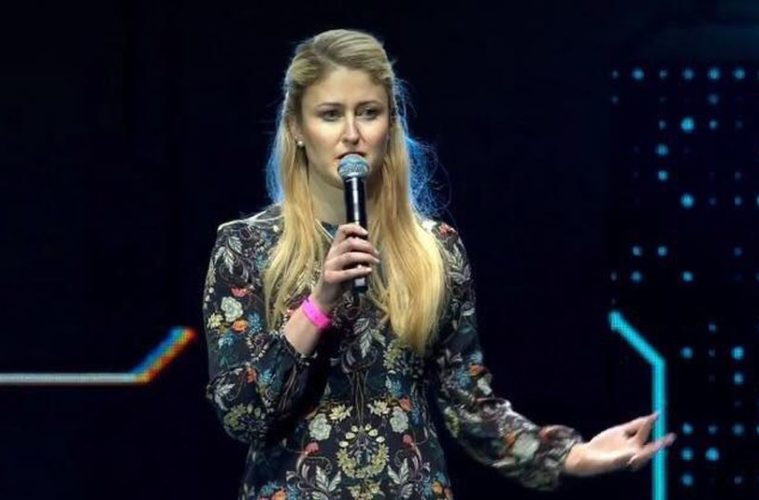 11 Women Who Shook the Blockchain Space in 2018

This article is brought to you by Argo Blockchain, who will be working with us to showcase gender-related issues in the crypto space in 2019.

To outsiders, the face of blockchain is likely a young man in a fedora and a suit, possibly yelling about BitConnect. The truth is the people blazing the blockchain trail towards mass adoption are diverse. They include Venezuelan citizens who need a store of value beyond their disastrous national currency, tech-savvy women who proudly port the word ‘bitcoin’ written in the Barbie font, many immigrants who use crypto to send money back home as well as developers, entrepreneurs, venture capitalists and millions of people that believe in the promise of decentralization.

As a gentle reminder that not everyone involved in blockchain looks the same, we’d like to take a moment to celebrate 11 women spearheading the evolution and adoption of blockchain technology in a myriad of meaningful ways.

In discussions about the mass adoption of cryptocurrency, critics often cite a statistic that the Bitcoin network can only support seven transactions per second, while visa can support 24,000. Elizabeth Stark is actively overcoming this issue hands on through her company, Lightning Labs.

Lightning Labs’ chief product is an open protocol layer that enables cheap, fast, private transactions on blockchains. 2018 marked Lightning’s first mainnet release (mainnet is crypto-speak for a product that is functional and open to the public) and the company continued to upgrade their products throughout the year.

Stark didn’t stop there, however. She also served as a fellow at Coin Center, a crypto research and advocacy organization. Stark’s entrepreneurship and enthusiasm are widely appreciated in the crypto space. We can’t wait to see the next release from Lighting Labs.

Amber Baldet, Cofounder and CEO, Clovyr, Board Member of the Zcash Foundation

One of the hottest topics in crypto is the question of how and when financial institutions will start adopting blockchain. As the former Executive Director of JP Morgan’s Blockchain Center of Excellence, Amber Baldet is a leader in all things fintech.

Building on her already impressive resume, this year Baldet founded Clovyr, a hub for decentralized applications. Baldet’s keen focus on accessibility, privacy and quality make her a respected expert in crypto and blockchain.

As Director of Digital Currency at the MIT MediaLab, Neha Narula is the go-to blockchain academic. With her PhD in computer science and experience at Digg and Google, we’re lucky to have Narula in the crypto space.

Narula’s current projects at the MIT MediaLab include a Bitcoin vending machine, a privacy-preserving auditing project, Bitcoin smart contracts and a blockchain-inspired initiative to manage digital music rights. Suffice it to say, Narula’s impressive impact on blockchain has only just begun.

In a year where crypto saw very high highs and very low lows, Laura Shin’s thoughtful takes on blockchain were very much needed. Her work as a senior editor at Forbes and host of the Unchained and Unconfirmed podcasts is highly acclaimed. Shin was also co-lead reporter on the Forbes Fintech 50 list this February. Lastly and perhaps most notably, Shin had what may be the most creative crypto Halloween costume this year.

While Shin is well-versed in the blockchain world, Manoush Zomorodi and Jen Poyant were crypto neophytes when they joined Civil, a blockchain journalism platform, earlier this year. All the more reason their podcast is great for people new to the space.

They took us along their journey to learn more about crypto through the Zig Zag podcast, shining new light on a favourite mantra among cryptoheads – ‘mass adoption’. Zomorodi and Poyant approached the seductive (albeit confusing) crypto user experience with humour, honesty and optimism – three traits that are very needed in blockchain.

With its considerable reputation and funding, the World Economic Forum is placed to have a real impact in blockchain technology. Sheila Warren led the charge this year, heading up the forum’s blockchain arm.

Most notably, Warren contributed to Blockchain Beyond the Hype, a white paper designed to guide institutions through blockchain adoption. Institutions have been notoriously slow to adopt crypto and blockchain, so leadership from the largest economic think tank in the world is much appreciated. We’ll be following Warren’s work closely in 2019, when the WEF plans to launch a distributed ledger pilot program in Colombia.

When Lily Liu and Balaji Srinivasan joined 21.co in 2015, the bitcoin mining company was overwhelmed by debilitating debt and contractual commitments. Together, Liu and Srinivasan transformed the company into what we now know as Earn.com, a successful platform where users receive crypto micro-payments in exchange for small services like completing surveys.

Liu has led Earn.com through a tumultuous year in crypto with prowess. Despite the market downturn, Earn.com was acquired by crypto giant Coinbase in April. It will be fascinating to follow Liu’s work in 2019 and the growth of Earn.com.

While this article primarily features American cryptoheads, blockchain is a global phenomenon with leaders and early adopters on every continent. Alakanani Itireleng saw the lifechanging potential of blockchain technology in her home country of Botswana and founded the Satoshi Centre. The centre has supported multiple blockchain startups, with focuses ranging from agricultural data to donations for orphans.

On a continent with millions of unbanked people, Itireleng is a leader in supporting blockchain and crypto innovation.

As crypto becomes more mainstream and the weighty gavel of regulation starts to bear down, lawyers are becoming increasingly critical members of the crypto community. Pamela Morgan had the insight to focus her legal business on bitcoin and open blockchains in early 2014. This year, she built on that expertise by publishing a book on crypto asset inheritance planning. Practical legal advice like Morgan’s is absolutely essential to achieving mass adoption.

Growing up in Russia, Kate Mitselmahker watched her parents overcome bankruptcy nine times only to see their assets depreciate in value by 90% as the Russian economy collapsed. Her personal experience with the failures of the global financial ecosystem is at the heart of her passion for blockchain.

Now, Mitselmahker has founded a powerful blockchain fund and accelerator – Bloccelerate. Bloccelerate gives entrepreneurs access to funding, advisors, mentors, developers and training. It will be exciting to see the projects that emerge from this accelerator in 2019.

This article is not designed as a ranking of women in blockchain, but rather a celebration of the incredible work of 11 women. Undoubtedly, there are many remarkable female executives, entrepreneurs, lawyers, economists, academics, developers, etc. working in blockchain who are not recognized here. Let’s continue the celebration over on Twitter. Tweet @argomining to tell us about a woman whose work you particularly admire.