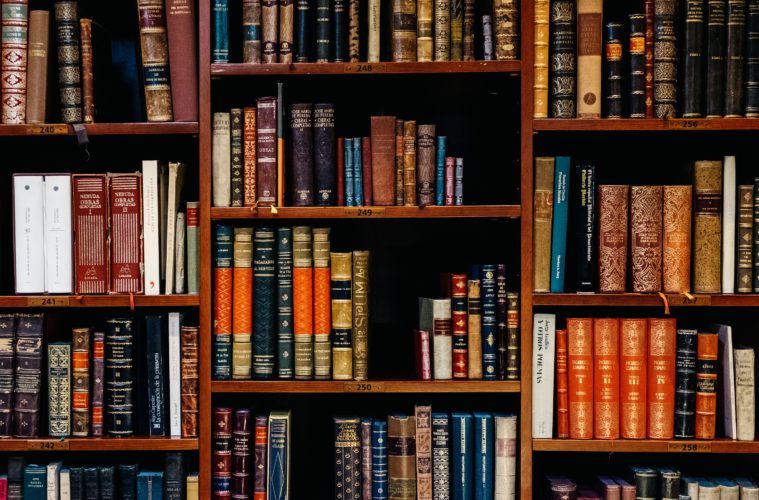 Observations: The French Ministry of Gender Equality on Sexual Offenses

Gender equality was at the heart of the social and republican pact of French President Emmanuel Macron, who chose gender equality as his five year mandate’s primary social focus. I had the opportunity to intern with France’s Gender Equality Minister, Marlene Schiappa, during the first year of my Master’s studies in law and criminal sciences at the Aix-Marseille University’s Law and Political Science programme.

As a young woman committed to fighting for women’s rights, I wanted to specialize in gender equality. I’ve always believed that being a lawyer would give me the tools and the voice to change the cultural aspects of society that position women as a minority. Afterall, the law can be used as a weapon, or a lever to fight against, and for, issues that concern me. My internship at France’s Gender Equality Ministry was a rich experience which allowed me to better understand the French judicial system and its commitment to women’s rights.

Over the course of five weeks, under the cabinet director, I participated in several multidisciplinary committee meetings that focused on providing the Prime Minister with a series of recommendations on the repression of the sexual abuse of minors. These recommendations constituted part of the antisexism bill draft proposed in late March 2018 by Marlene Schiappa.

Sexuality can bring human beings closer together, but it can also alienate them from each other. When sexual free choice is undermined, individuals are no longer seen as subjects but as objects. Cold theoretical analyses of these situations can be construed as a lack of appreciation of human beings as subjects in regards to sexuality. As such, the treatment of sexual acts in criminal law has given rise to increasing controversy.

Since the 1994 French Penal Code, there have been more than ten laws amending the legal regime governing sexual offenses, with the legal focus has shifted from historically classic financial and property criminals – i.e. thieves – to sexual criminals, or rapists.

This stance seems to follow society’s increased focus on attacks of the body and the emotions these attacks elicit with the public. In response, the legislation has further criminalized sexual offenses as a privileged object of criminal law.

At a time when the fight for full equality between women and men has intensified, French security forces report that, in 2016, more than half of the victims of sexual violence known to French police are under the age of 18. Of this group, eight out of every ten victims is a girl. With this data, the issue of sexual offenses committed against minors was quickly raised in the French government, particularly as it relates to the idea of consent.

Two recent cases in France have revived the issue of a minor’s consent to a sexual act with and adult.

In one case, a public prosecutor’s office sentenced an adult who had sex with an 11-year-old child to the lesser charge of sexual assault instead of rape. In a separate case, a sitting court acquitted an adult of raping an 11-year-old girl. Both of these decisions were based on an absence of evidence of the minors’ lack of consent.

Under French law, there is no specific age at which a sexual relationship is automatically classified as non consensual, and therefore as rape. In all cases of rape and sexual assault, French law suggests that the victim, regardless of age, needs to prove that she or he didn’t give consent, or that the aggressor used constraint, violence, surprise or threats to force the victim.

At the same time, feminist and child protection organizations emphasize that a person who doesn’t explicitly express refusal does not necessarily consent.

The legal system is debating these positions as we speak, to the detriment of young rape and sexual assault victims. One of the questions raised is at what age a child fully understands the concept of consent.

In response to these cases, the Minister for Gender Equality, Secretary, Marlene Schiappa and the Minister of Justice, Nicole Belloubot, proposed to change the criminal legal code to automatically assume the absence of sexual consent for minors under the age of either 13 or 15 (the exact age is was something still being discussed).

This code change – the presumption that minors below a certain age do not or cannot provide sexual consent in situations like these – would allow adults who had sexual relations with minors to be charged with, and convicted for, rape even in cases with no apparent violence, threats, constraint or surprise. This proposed law intensifies the criminal outcomes for adults who have sex with minors.

The determination of a consent age threshold

In parallel with the announcement of the government’s official position on sexual consent, a “multidisciplinary commission on sexual offenses committed against minors” was quickly set up on 12 February 2018. The group was made up of a child protection specialist, a pediatrician, a prosecutor, a judge, two psychiatrists, and a child psychologist. Each was asked to give a detailed opinion as to the appropriate age of consent to better inform the government’s position prior to the amendment.

For the commission, deciding on the age that it’s assumed a child lack the judgment to consent to a sexual relationship with an adult meant they had to consider elements that are typically outside the bounds of the legal system.

For example, the ability for a minor to fully understand the situation they were in, as well as their developmental vulnerability were both factors taken into account while considering the psychological, physical or somatic implications of sexual consent. In particular, with the two age suggestions of 13 and 15, the debate centered around two questions: – neurological maturity and adolescent sexuality. The commission felt strongly that the issues of young people’s sexuality development and the possible earlier development of puberty could not be excluded.

Research suggests that throughout adolescence and particularly until the age of 15 to 16, the brain is still developing. Traumatic experiences – anything from sentimental breakups to sexual assaults – produce abnormalities in the cerebral cortex that can cause, in the most serious cases, irreversible damage to the brain. Based on neurological evidence of the permanent effects of sexual trauma on a developing brain’s structure and functioning, it was decided that adolescents up until the age of 15-16 should benefit from a higher level of protection from sexual trauma.

The commission members further noted research showing that up until the age of 15-16, important differences exist in neurological, psychological and cognitive development. This is further influenced by personal life history and social group experiences. Once an adolescent reaches the age of 16 age, research suggests that adolescents have a better understanding of interpersonal behaviors and intentions, and can make better decisions about their personal safety. The conclusion of the committee was that the potential differences between subjects younger than 15-16 justified setting a higher age cutoff for sexual consent that was inline with this research.

The committee also performed research to compare current French law with international legislation around sexual consent of minors. Among the highest age threshold was Canada, where, since 2008, the minimum age to consent to sexual activity is 16.. In other words, a person must be at least 16 years old to be able to legally agree to sexual activity.

Based on this data, the committee recommended a consent threshold of 15 years old. If a minor was younger than 15, she or he would be considered incapable of giving sexual consent. This ultimately strengthens the protection of minors from sexual offenses and clearly prohibits sexual acts with a minor under the age of 15 by an adult.

But the measure was rejected

The Council of State rejected the draft on constitutional grounds in its opinion of March 13, 2018. The principle of a “presumption of non-consent” was denied on the grounds that it was contrary to the rights of the defendant. “An accused person must always be able to prove that he or she is innocent,” observed Jacky Coulon, National Secretary of the Syndicated Magistrate Union.

The Council of State rewrote the text, setting a threshold at age 15 – based on immaturity – and clarifying the concept of constraint, which was already present in the definition of rape. “When the facts are applied to a minor under the age of 15, moral constraint or surprise may result from the abuse of the ignorance of the victim who does not have the necessary maturity or judgment to consent to these acts”. By emphasizing the immaturity of minors under age 15, rape convictions by adults on minors would be made easier, but automatic convictions based on the age of minor would be excluded.

Although the “presumption of non-consent” hasn’t been achieved, I feel proud that France has reassessed its existing legal code, and is actively considering changing the law regarding minor’s consent to a sexual relation with an adult by creating such a new legal measure.

Equality is not a women’s issue: it’s a social imperative. This part of the antisexist draft bill should be seen as a significant evolution for both achieving gender equality and increasing youth’s protection.

I just hope that the discussions following this process and the next legislations will be taken in this direction.