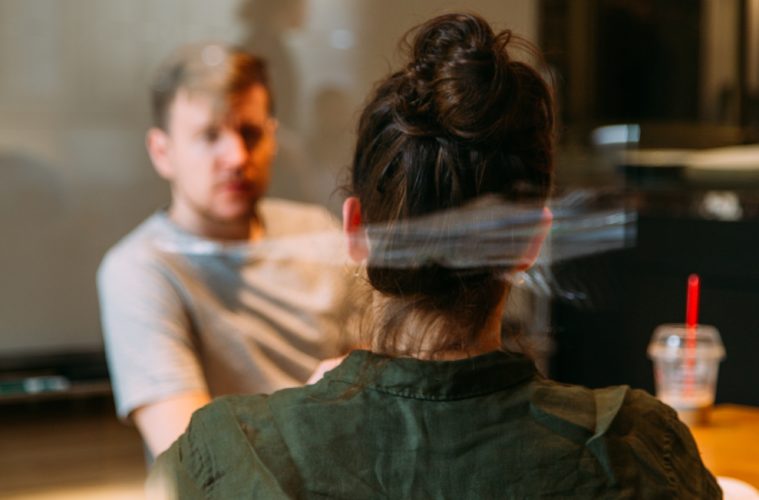 This is an excerpt from Allison Task’s new book, Personal (R)evolution: how to be happy, change your life, and do that thing you’ve always wanted to do. 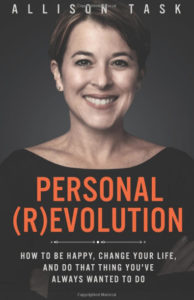 As a career and life coach, there are few things more exciting for me than helping a client transition to a dream job. A job transition starts with identify the winning criteria of a new job, networking to find and pursue that job, and then, ultimately closing the deal and landing that job.

I am a ten-year veteran of the dot-com sector; I graduated college into the birth of the Internet in the mid-90s. In fact, a lot of my coaching philosophy stems from that decade, where I watched my peers conceive and build the companies that were building blocks of the Internet. I had a front-row seat to the future, and I saw what happens when people believed it their dreams and pursue them.

When I was working for the internet consulting firm Viant, I had one important experience that would forever shift the way I interview. This is the most valuable interview tool in my box, wisdom I’ve effectively share with clients who are in the interview phase of new job pursuit.

I was interviewing a woman who was pursuing a sales job with Viant. I liked her, but had some reservations.  At the end of our interview she said, “I know that at this point, you will be meeting with your colleagues to discuss me, and the conversation we had. I really like this company, and I know I could do a terrific job for you. Do you have any reservations about me, and my ability to do this job? If so, would you please share them so that I might address them?”

She was in sales, and she knew how to ask for her order. How brave, how bold! She cut to the heart of matter—it was no longer about sharing her credentials, it was about honesty: what were my concerns. Let’s address them, right here, right now.

Her frankness won me over. I shared my hesitations and she was able to address them. Also, since she was interviewing for a sales position, I hoped this technique would help her close more business for our company in the future.

Her bold honesty worked. As my clients have adopted this practice in their own interviews, they’ve been pleased with the results. It shifts the conversation, allowing the interviewee to be more vulnerable and honest, to put themselves out there and address the concerns that are lying just under the surface. Even if the candidate is ultimately not right for the position, it’s a bold question that will make you a memorable candidate.

Boldness, and self-advocacy is an important interview tool that helps you close the deal. Here is an excerpt from my new book, Personal (R)evolution, that shares another effective tool for closing the deal: negotiating salary

With clients who are looking to make a job change, I rarely have them focus on just one job. They pursue multiple jobs (and don’t stop the pursuit until the job offer is accepted), because the only thing better than a terrific job offer is multiple, concurrent, terrific job offers. And, of course, negotiating with multiple offers on the table puts them in a position of strength.

This strategy goes far beyond job seeking. First, it recognizes that people are complex, and often no single endeavor will fulfill their needs. And second, it often creates clarity. By fully following that nagging feeling that you “should” have been a gym teacher, you may be able to better determine whether you want to pivot your career—or whether that urge would be better satisfied by becoming a volunteer Little League coach.

Paisley, a UI (user interface) designer, was talented, and she knew it. She had a solid, well-paying job working for a big company, and a three-hour commute. She had two young children, and she wanted to shorten her commute while still doing similar work.
In our work together, she identified companies that would require a shorter commute. She networked, and landed an interview. While she didn’t make a spectacular impression, it was enough to receive a job offer. The corporation offered her a good, solid opportunity with a terrific team—at a lower salary.

She wanted everything about this offer except a pay cut. This was tough for her because it was a much shorter commute, a better team, and a stronger corporate culture. This job was an 80 percent improvement.

She had a job offer. She also had to lean into that feeling that something was missing. She realized she owed it to herself to negotiate for more money, and if the company said no, she could then decide if she still wanted the job. She had nothing to lose.

Paisley put together a strong case for why she deserved a higher salary and gave it her best shot. It worked. The company agreed to give her the pay she asked for. That made her choice easy.

And here’s the best part: not even a year later, a consulting company poached Paisley from the new company because of her outstanding work with her old company. They offered her a position to bring her back as a consultant at her old company, with a pay increase and a more flexible schedule.Paisley didn’t achieve her goal, she exceeded it.