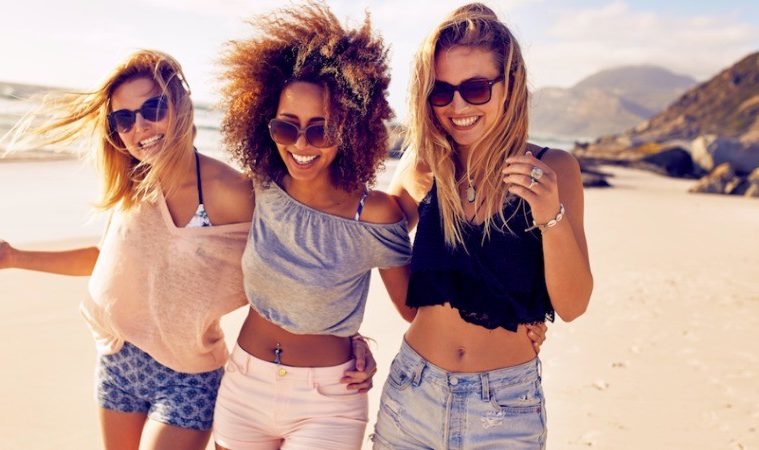 (This article originally appeared on Fairygodboss and is republished here with permission.)

CONTRARY TO POPULAR BELIEF, THE AVERAGE ADVENTURE TRAVELER IS A 47-YEAR-OLD WOMAN.

In fact, The Travel Industry Association of America reports that 20- to 70-year-old women make up three-quarters of those embarking on nature, adventure and cultural journeys. And, according to a 2014 Booking.com study, 72 percent of American women are interested in solo travel and those who pursue it are doing so more adventurously. It makes sense, then, that adventure travel brands are witnessing a serious surge in female clientele.

By now you understand PTO and the wealth of benefits that come with taking time to travel — but where do you start when it comes to planning that time off? If solo travel sounds enticing but you’re not entirely sold on traveling without a partner, consider the following adventure travel companies that offer intimate tours designed for groups of likeminded women. Travel solo, but not alone.

The number of women traveling with REI Adventures has grown 60 percent since 2010 — last year, women made up 58 percent of their guests. And, in 2017, the recreational equipment and apparel company launched a new line of women’s programs because of the year-over-year increase in female participation. REI Adventures introduced 19 “Women’s Adventures,” ranging from safari tours in South Africa to hiking treks through New Zealand’s Southern Alps and up Machu Picchu, to kayaking expeditions around the islands of Greece to cycling journeys around Canada’s Whistler Mountain. Each package is ranked from one to five on activity level, from relaxed to strenuous, and range from about $750 to about $8,500 in price dependent upon location and their itineraries.

This women-owned and -operated company designs tours exclusively for women 30 years of age and older. AdventureWomen’s average client is between 35 and 65 years old, so the company really appeals directly to the typical adventure traveler. Perhaps it’s for that reason that 70 percent of its guests are repeat customers—that and, collectively, the AdventureWomen team has traveled more than 65 countries, so they know what they’re doing. The trips range in duration from one to three weeks and are classified by “easy,” “moderate” and “high energy” activity levels and, this year, AdventureWomen rebranded to boast an even broader diversity of destinations slated to become available in 2018 — those include skiing in Montana and exploring Iceland by horseback to biking through Chile, trekking Mongolia’s untrodden tracts with Eagle Hunters and adventuring through a tiny Himalayan Kingdom in Bhutan. Prices vary from about $3,000 to about $7,600.

Best friends and business partners Allison Fleece and Danielle Thornton met while planning a trip. The combination of adventure travel and the power of shared experiences between women was something they wanted to perpetuate and, thus WHOA Travel was born just six short months later. They left their full-time jobs in 2014 and have since traveled over 65 countries across all seven continents, and they even climbed Kilimanjaro 10 times over. Their boutique travel company targets audacious women looking for a push outside their comfort zones. They’re offering two WHOAx Expeditions in 2018: a Caribbean Sailing voyage and a journey to the base camp of the world’s highest mountain, Mount Everest. An India trip in November 2017, a Peru trip in 2018 and several Kilimanjaro trips — including a trek that’ll culminate on International Woman’s Day in 2018, a New Year’s Eve trip, a full moon trip and a yoga and meditation trip — are also planned. Prices start at $3,900 for India, $2,500 for Peru and are $3,400+ for all Kilimanjaro tours.

A start-up offering meetups in 25 cities worldwide, online forums and Facebook groups, a blog with travel tips, guided adventure tours, an annual Women in Travel summit for influencers, a series of retreats for travel aficionados and the world’s only women-only home-share network, Wanderful is changing the game for female travelers. Founder Beth Santos caught the travel bug herself after traveling solo in the African island nation of Sao Tome and Principe in 2005 and today, she’s working to foster other women’s wanderlust, too. On top of everything else Wanderful provides, the company also partners with travel companies to bring women on life-changing adventures without breaking the bank. In March 2017, they took women on a getaway to New Orleans for under $900 and, for their international trip of the year, they journeyed to Zambia and Botswana in late August for $2,500.

Intrepid Travel isn’t designed particularly for women, but, in just the first few months of 2017, the small-group adventure travel company had already seen a 35 percent increase in women booking trips, particularly with hikes up Mt. Kilimanjaro followed by a Serengeti safari. And, following a 40 percent growth in solo bookings and a recent OnePoll survey revealing that 75 percent of travelers find solo travel more acceptable than 10 years ago, the company recently launched a new range of “For Solo Travelers” tours for 2018 — these include 15 days in Morocco starting at $1,210 to eight days in India for $835, and almost everywhere in between.

AnnaMarie Houlis is a multimedia journalist and an adventure aficionado with a keen cultural curiosity and an affinity for solo travel. She’s an editor by day and a travel blogger at HerReport.org by night.