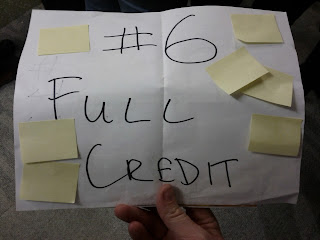 On November 18th, 2011 — I jumped into the deep end of the Bay Area startup culture I have been lurking on the periphery of for the past two years of living here.

After going to my first Girl Geek Dinner at Microsoft a month ago, and preparing to talk about women in open source at the Grace Hopper Celebration of Women in Computing, it seemed very much up my alley to sign up for the Women 2.0 Startup Weekend held in San Francisco at The Hatchery.

I do always have ideas for new projects/apps though and I’ve been trying to get _even_ more full on development experience under my belt so it seemed like a deal to get to spend 54 hours working on a startup idea for $50.

What I am hoping for out of my first Startup Weekend is an up-to-your-armpits code-a-thon and what I got was… very much NOT that. Here’s what I got instead:

Some people had come prepared. They had read an email I missed, knew what was supposed to be in a pitch, perhaps even had some code or a site name or some idea of what they would need to take the next step into their imagined company. I had none of these things.

I had 2 ideas, one of which had occurred to me the week before on a bike ride. I jotted down my ideas quickly and ‘pitched’ them to a couple of women I knew from other local events (like my CodeChix pal, Vicki). Both of my ideas seemed to get people interested and with the help of a few very kind listeners, I chose which one I would officially pitch and worked on naming the imaginary app as well as figuring out what salient points I wanted to get across.

It seemed wise to me to get into the early round of pitchers, little did I know that there would be about 67 pitches. I was #6 and so it took a long time to get to the point of being able to move about the room chatting people up, which I am sometimes not so good at.

Here’s a summation of what happened:

Words With Bears Team Is Formed

The eliminations were happening and I already knew I was putting my idea aside, so it was time to figure out where I would focus my energy for the 54 hours to come. I’d been interested in a project called “Safe Steps”whose goal was to help independent women set a timer on their travel time to ensure safe arrival at their expected destination.

I spoke briefly with the woman who had pitched it, and I had already learned from a conversation with a volunteer that the pitcher was a seasoned pro at marketing. Seemed like I would learn a lot in that team. In the chaos of the eliminations though, I ended up behind a pillar with 4 people (one is a co-worker at Mozilla) and two of them I had already met briefly when they accosted me while looking for people who could program in C (though I did so in school, I was not about to claim any proficiency in it).

I asked if they had found what they were looking for and asked what they were up to. Judy explained they were thinking of working on her pitch about doing an educational project with the Kinect to teach language to children. I have experience teaching technology to both youth and adults, so working on anything that helps make educational materials as accessible as possible to all types of learners as well as the possibility of doing hands-on Kinect-hacking for the first time was all it took to sweep me up into this team that was bouncing off the walls and repeating those magic words: “Kinect” and “education”.

We only had 54 hours to come up with a demo for a panel of judges so when we got our workspace assigned to us at about 9:30pm that Friday night we got straight to work. Introductions all around, describing our experience and what drew us to the project. We divided up into the technical team: James and I, and the Business/Strategy team: Judy, Elsa, and Jen.

Our technical idea seemed simple at first — Grab kinect data and send it to Processing.js to interact with a language learning flashcard deck platform that we would build. Am I crazy? Turns out none of that was simple.

The challenges are too many to list completely but here’s a few: both James and I were completely new to Kinect-hacking, open source kinect hacks exist but lots of library conflicts, documentation gaps, and finicky installations led to failure on several frameworks we wanted to try and build on, I could get the Depth.js example to work in Chrome for a split-second, but couldn’t compile the plugin from the depth.js project so couldn’t write new code for the extension, couldn’t build the OpenNI Sample-NiUserTracker after altering it to add a network so that it would report data to a node.js server (though I’m happy to have now touched Node.js!).

By this point it was Saturday late evening and we had nothing to show except an intimate knowledge of the library linking errors and compile failure messages.

We decided to move on to the Kinect SDK that Microsoft provides, installing Visual Studio Express and an open source gesture recognition library which allowed us to capture a movement and assign it to a named gesture.

In the end, our demo was created in a few hours by James using those tools (and a bit of C#) while I came up with some very quick animations objects and put together our landing page.

Needless to say, the weekend was nowhere near being a code-a-thon. It was surprising to me how long it took to try and get a development environment setup and what I take away from this is that when the time comes to work on my own idea, if I bring it to a Startup Weekend, I should have the beginnings of an implementation already and have settled on a framework to build on that I am familiar with so that I can spend more time being creative about the idea and less time fiddling with configurations and installations of unfamiliar code.

At the end of the weekend, our team won first place with a demo that had very little custom code in it, but I think we told a great story and had an extremely well thought out marketing strategy. Also, most importantly, Words With Bears was a great team to work with.

I heard stories of teams falling apart or losing team members, none of that touched us at all. We started strong and we ended strong. We’re continuing to stay in touch and aim to develop this idea into something bigger.

Startup Weekend, to me, felt a lot more like a school project than ‘real life’. This is most likely due to the fact that I have a really great full time job right now and am looking at startup ideas mostly as learning and hobby and not necessarily something I would do for money for a few more years (at least). All the reading I have done about startups gets me thinking that I would likely go the way of bootstrapping and working on my scalable project in my spare time instead of trying to get a big VC investment and leave a steady job for the unknown.

In terms of working during the weekend, there are lots of ways to fall down rabbit holes and lose focus when you are working on something that is completely new. I love getting to learn about new technologies but there was this time pressure that kept us coming back to a general goal of having something to show at the Sunday evening presentations.

The Startup Weekend environment isn’t one for coding/development efficiency. It’s distracting to have other people and their ideas/surveys/questions coming around a lot and to be working out in the open with your entire team instead of under noise-cancelling headphones as I normally do. It’s not bad, it’s just not a focused environment and it’s good to know that for next time.

I think it would help me set my expectations differently. It was important for me to learn that the goal of Startup Weekend is not necessarily to have a working application at the end but to have a really well thought out idea and story about your company’s goal.

Speaking of story, come on out to TEDx Women next week where Elsa from Words With Bears will be presenting ours!

This post was originally posted at Crashing Into Open Source (Without A Paddle).

About the guest blogger: Lukas Blakk is a build and release engineer at Mozilla. In her spare time, she teaches what she’s learned about systems, programming, media, web development and anything to do with the open web to anyone who want to learn. Most recently she organized the first PyStar event in the Bay Area. She holds a degree in Software Development from Toronto’s Seneca College. Follow her on Twitter at @lsblakk.