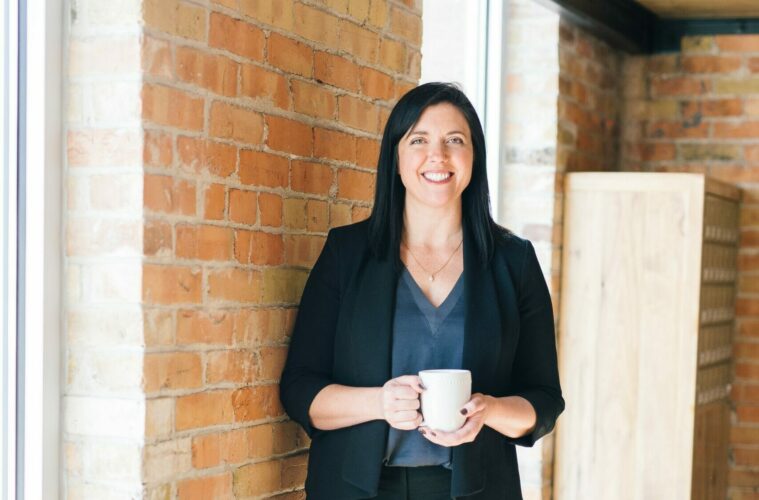 Photo by Amy Hirschi on Unsplash

Here Are 12 Things You Must Do to Become a CEO

Currently, 24% of C Suite executives are women. Only 6% of fortune 500 CEOs are women. Why are there so few? Follow these tips to enhance your chances of breaking through that stubborn glass ceiling.

Research shows that women are more likely to either get chosen for or volunteer for thankless tasks that won’t get them promoted, such as planning an office party. Stop volunteering to take on responsibilities like this, unless you really get enjoyment out of it. Focus instead on things that bring the company more visibility, prestige, expand the footprint of the company, or revenue — these lead to promotion. That being said, if you are a social change leader, you also want to focus on creating a big social impact, but if you work for a for-profit company, you always have to be equipped with an argument about how social impact will positively affect the company’s bottom line.

Has your boss asked you to set up the room with coffee and plates, even though that shouldn’t be your role? Or have they asked you to be the one to take notes, yet again, which makes it difficult to fully participate in the meeting, and makes you look to everyone else like you’re the secretary or the unpaid summer intern? Next time, just say no. Saying no is not being a you know what, it’s demonstrating that you have boundaries and that you deserve to be at the table, not lining it with coffee cups or photocopies.

Research by the Korn Ferry institute shows that when male executives mentor younger women, they are more likely to give them advice on leadership, whereas when they mentor younger men, they teach them how to create a profitable business. When meeting with your male mentor, don’t let him plan the agenda, ask him to teach you specific skills and ask tough questions. Try to cut through the general career advice, and ask him for critical training. Also, don’t be afraid to ask for introductions to other people in his network whom you know would be helpful for you to know.

4. Sing your praises, and let others sing them as well.

The Korn Ferry study also showed how when men are being considered for CEO positions, they will hand over a list of 15 people that will say wonderful things about them, whereas women are less likely to do so. Don’t be afraid to cite those who know, respect, and admire your work or ask for someone to put a good word in when you are being considered for leadership roles. That could make the difference between you getting your dream job and someone else getting it. Also, ask for Linkedin referrals from those who you know will give you a stellar reference. If they don’t fill it out, bug them until they do. Especially if it’s an old boss who you did a lot of work for, they owe it to you.

5. Aspire not just for CEO, but for a position on a board.

According to the study, it takes 250 days to place a woman as a CEO in the US, whereas it takes 100 days to place a man. This differs from Europe, where it is much quicker to place a female CEO. The conjecture is that this is because boards in the US are still mostly male, and more reticent to place a female CEO. Thus, getting yourself on a board and advocating for women on the board of your company can help accelerate placing a female CEO — and an all male board of your company may signify that the likelihood of you, or another woman, becoming CEO in the near future is unlikely to transpire.

6. Use your support system.

In a TED Talk by Valerie Alexander, the CEO of tech company Goalkeeper, she recounts how many of the female lawyers at one of her firms were entering their own timesheets- even though they had assistants that were supposed to be doing it. Sometimes it can seem easier to just do something yourself rather than asking or teaching the person under you how to do it. And sometimes, your assistant will think that you can do it because you’re a woman, whereas they would never ask their male boss to do the same thing, as Alexander recounts.

Utilize your support system, that’s what enables you to get your work done. Don’t waste your time on things that could easily be delegated to subordinates, and don’t feel bad about delegating. That is their job!

7. Tell your boss you need to hire when you are overwhelmed.

If it gets to the point that you are totally overwhelmed, and you find yourself doing lots of thankless tasks, don’t be afraid to tell your boss that you need someone under you. It is their role to tell you whether or not there is the money to hire someone under you, and it is your role to tell them when you need support (not just stomach everything and want to throw up every day). If they say there isn’t the money, look to see if any male colleagues at your level have people under them, then point out the disparity. If there really isn’t the money, outsource administrative work. You can hire an assistant in the US for less than $20/hour and abroad for even less. It’s just not worth it to labor over spreadsheets when it is taking you away from doing more important things. If there’s absolutely no budget, find an intern.

Also, don’t be afraid to ask for help. If you don’t know how to do something, ask. Or find outside coaching who can help you to get there. As this CEO told Korn Ferry:

“So you go into a job — not that you know it all — but then you have a lot more to learn. And then when you have that kind of humility, people want to help you. It’s a strength to ask for help, not a weakness.”

8. Embrace your femininity, don’t reject it.

The last possible thing that the world — and your organization — needs, is for you to behave as if you were a man. You weren’t hired because you were a man, and you weren’t hired to be one. You were hired because you are unique, and because you bring things to the table that your male colleagues do not. There’s a reason that when women are involved in peace processes, the agreement is more durable and lasting, and the country is less likely to break into conflict again.

The way women are raised — empathetic, inclusive, and collaborative — are the top skills necessary for the new generation of leaders, who are dealing with complex global problems. Another study by Korn Ferry detailed how women are 45% more likely than men to be seen as demonstrating empathy and outperform men in inspirational leadership, conflict management, organizational awareness, adaptability, and teamwork. Lean into those qualities, as they will set you apart in the best of ways.

9. Stop taking on the work of your colleagues.

Also, beware taking on the work of colleagues when it isn’t your job to do so. In my most recent role, I took leadership on what was essentially someone else’s role, a man who was more senior than me and getting paid more than me. He wasn’t doing it, and I felt bad that my direct boss seemed to be taking on the responsibility, which I knew he definitely didn’t have the bandwidth for. I didn’t mind at first, as I enjoyed doing it. That was until one day, when I asked him to help me with a minimal amount of his own work in order for us to meet a deadline, and he said he couldn’t because he had a lunch meeting. That’s the point at which I thought, there is something very wrong here. Don’t make my mistake.

10. Get over your impostor syndrome.

You did not make it into your role because you conned someone, or because you are pretty. You made it because you are competent and ambitious and smart. Stop thinking you somehow fooled someone to get where you are and start realizing that you earned it, you deserve it, and based on a ton of data, are probably even more qualified than the man sitting next to you.

11. Get Yourself Speaking Engagements.

Be on the lookout for speaking opportunities, even if they don’t pay. These give you visibility, make you look impressive, and hone your presentation skills. Often companies keep offering the same people for speaking engagements and those people get recycled over and over. Is there a conference happening where you know you could be a great panelist? Email the conference organizer. Don’t wait for someone to pitch you, pitch yourself. Or organize your own workshop on a topic you are passionate about for the staff or summer interns. This will give you credibility on the topic to a wide range of people who might not have normally known about you.

12. Stay true to your vision, and your values.

The Korn Ferry study emphasized that those women who reached CEO level didn’t compromise on their values, even when it may have been tempting to do so.

“The interviews underscored how much emphasis these women placed on being authentic and remaining true to themselves. Compromising on their values — or on their vision — is not in their makeup, even if it would mean turning down some opportunities for advancement.”

If you know in your gut that something is wrong, or illegal, say something. If leadership doesn’t take action, get out of there. You don’t want to be in a boat when it sinks, you will go under too.

This piece originally appeared in Conscious Company, and was republished here with permission.