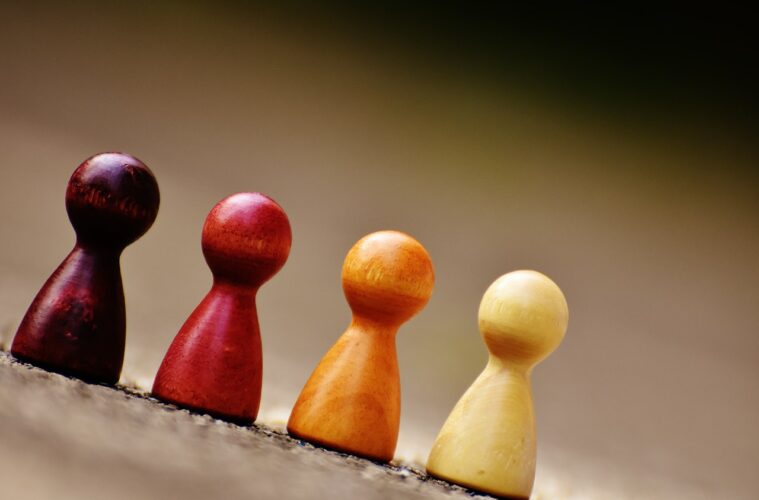 The Key To Effective Allyship

There are no two ways about it: broaching subjects like sexism, racism, harassment, and discrimination in the workplace is hard. These are tough and touchy topics, and many potential allies worry that simply bringing them up may cause rifts. Or that they may say the wrong thing and make the situation worse. This is understandable and worth acknowledging.

However, it is not an acceptable excuse for inaction. True allies take responsibility for learning to do what’s right instead of falling back on what’s easy. Sparking meaningful change requires pushing past our own fears and being willing to get vulnerable.

What does that vulnerability look like in the workplace? Here’s an example: On Twitter, I received a direct message from Dave, who had recently taken a leadership role in the allies group at his tech company. He told me he was struggling to figure out where to start, and wondered if I had any suggestions.

I asked, “Do you have specific goals for the group? Have you defined success metrics?”

Well, it turns out that that was the heart of the issue. Dave was looking for ideas for good goals, with a focus on educating people on how to be allies, but he was worried about looking like the prototypical white guy telling people about other groups’ experiences. He wanted to lead and support and create change, but he didn’t want to be cast as an indiscriminate mansplainer.

So I recommended he turn it around, and ask the company’s women-in-tech group and other employee resource groups about some of their biggest challenges. From there, he could facilitate a cross-group brainstorming session on how allies could help. For example, those groups might report that they don’t have equitable access to mentoring, aren’t asked to give presentations at company meetings, aren’t invited to attend key customer events, or aren’t informed about rotation or stretch assignments. Armed with these insights, Dave could craft a strategy for his allies group, along with metrics to measure success.

In other words, he could listen and learn. Instead of guessing at what colleagues from underrepresented groups might need and launching initiatives based on conjecture, he was better served to ask these colleagues exactly how they wanted to be helped.

This approach is key to effective allyship. It’s inappropriate for allies to assume that they know what’s best for an underrepresented group, and potentially harmful to take action on those assumptions. By contrast, let’s explore some ways for people in positions of power and/or privilege to open productive discussions with people from underrepresented groups about how they’d like to be supported by allies.

You’d like to talk with a colleague about their challenges, and that’s great! But as someone in a position of privilege, first ask if your colleague is comfortable and willing to discuss their experiences. Don’t assume that they’re just waiting to be plied with questions. Ask if they’d be open to a dialogue around discrimination or bias, and then dig into your specific questions on the topic.

Consider opening a dialogue by owning up to your worries about the topic. When you approach a discussion about discrimination by saying, “I’m hoping to get your insights, but am a little concerned about putting my foot in my mouth,” you pave the way for honesty. In fact, if you’re in a leadership position and choose to be sincere about your imperfections, doubts, and mistakes, you automatically make it safer for others to voice their own feelings and fears.

Be open and respectful

This may seem obvious, but in the context of discrimination discussions, “being open and respectful” may take on some less-than-obvious implications. If you are approaching a member of a marginalized group with questions about their experiences in the workplace, you must be prepared to acknowledge and accept any information they impart. Broadcasting respect means trusting the speaker to share their truth.

For instance, if a woman of color tells you, “My supervisor is far more critical of my grammar than she is of my white colleagues’,” and you say, “Oh, that can’t be true! Your supervisor is a great leader,” you are invalidating and dismissing her perspective. Similarly, as you hear about biased behavior, you may be tempted to respond with a positive spin such as, “I don’t think they meant to offend you.” Even if your own experience runs counter to what she’s telling you, it’s your job as an ally to listen and respect her viewpoint. Approaching dialogue from a respectful place helps diffuse tension and create space for meaningful sharing.

As you hear about someone else’s experience, you may identify things you could have, or should have, done differently to support them directly or to create a more inclusive culture. You may also find yourself getting defensive, which is understandable. Focus on why you are having this conversation (to listen and learn), versus making excuses for your own behavior. (More on this in the next section.)

If you realize you made a mistake, don’t double down on your stance. Instead, share a heartfelt apology and discuss how you can do better.

Again, these discussions won’t be easy, but they are vital to embracing constructive allyship.