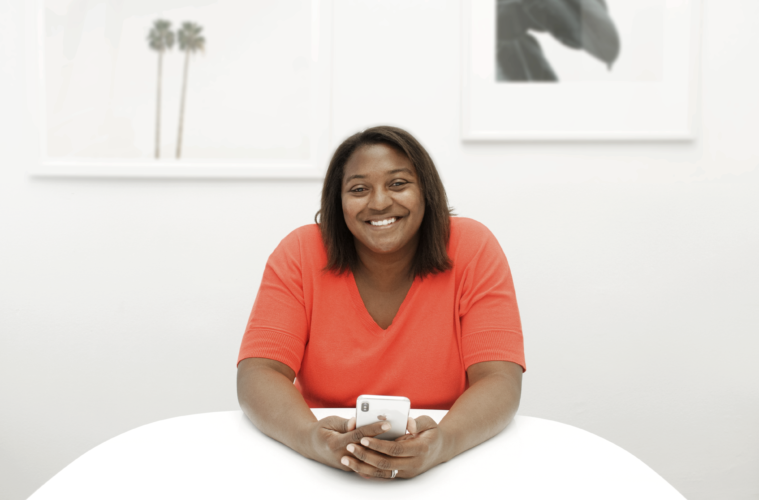 Emuye Reynolds is one of the first iOS developers in the world. She graduated from Brown in 2006, and then she went straight to Apple. Now, she’s Head of Mobile at Superhuman, where she and her team are building the most powerful email app in the world.

She smiles warmly and leans forward in her seat. “Unlike other email apps, Superhuman is beautiful, blazingly fast, and has everything you need in one place.” To her left is an array of iPhones used for testing, and to her right, a pile of résumés.

Reynolds occupies a spot very few black women from poor neighborhoods do by their early thirties — leading mobile at a fast-growing tech startup, where she assembled a team, leads it, and is hiring to grow it further. “I write code. I think about product, moving pixels around. I’m mentoring people, meeting with companies, recruiting.” In her spare time, she’s a drummer who plays with an eclectic mix of musicians, producing a wide variety of music, from indie rock to reggae.

Reynolds grew up in Madison, Wisconsin, and went to a high school so uncompetitive that if she paid just a slight amount of attention in class, she got A’s. When she arrived at Brown University as a freshman, she was in for a shock.

She innocently signed up for the classes that sounded interesting — multivariable calculus, electronic music, King Arthur’s English, and a mis-listed computer science course that Brown was pushing to fill up. “It was intended for students with a grasp on programming fundamentals, which I did not have,” she says. She signed up anyway.

On the first day of class, “They set you in front of a linux computer — no UI, all terminal — and told us: ‘Build Tetris. Go!’” She stared at the screen, lost completely.

Except for the music class, her many courses required 30 to 40 hours per week each. Her freshman advisor, an English professor, was mildly surprised to hear about the mammoth workload.

“At my first calculus test,” Reynolds says, “they handed us this massive book and a thick stack of papers. I was flipping through each page and I didn’t know anything. I didn’t understand how anyone could even be writing anything down at all!” On that particular test, she didn’t get an A.

One day in class, the circuit board she was building started to melt before her eyes.

One day in class, the circuit board she was building — attaching wires and chips and a scope — started to melt before her eyes. She was filled with despair and called home to her mother, sobbing. It was the low moment in her college career, but she soon bounced back.

One thing she knew for sure: computer science was engrossing. “When I was working, time went by fast. I had my head down and nothing else mattered. I obsessed over my code, completely immersed in it.”

She realized she wanted a job like that, where the day would zip by in a blink of an eye.

On graduation weekend, in 2006, her mother came to campus to see her daughter walk across the stage with a diploma. She asked the administration when they last graduated a black woman in computer science. 1984, they said.

She was one of the world’s first iOS developers.

Because she’d interned at Microsoft during college, Reynolds was looking for a first job that was its opposite, for variety. “My 2006-era brain said Apple was the opposite of Microsoft, so I went there.”

“I resonated with the woman who recruited me,” says Reynolds. “She introduced me to a programming language I had never seen before (Objective-C) that hooked me instantly.”

When she arrived she was informed that she’d be working on Apple TV instead. “What’s that?” she asked.

Although she was hired to work on another project, when she arrived she was informed that she’d be working on Apple TV instead. “What’s that?” she asked. It was nothing yet, because she and a small group of engineers had yet to invent it. Reynolds was on that team through the first three iterations of Apple TV. “We worked 100 hour weeks for the first year. It was exhausting and completely exhilarating at the same time.”

Why did you choose Superhuman?

I was on the verge of accepting another offer when I got an email (a really persuasive one) from Superhuman’s co-founder. After a couple of conversations, I felt that walking away from the opportunity would be a big mistake. There were a few things that I recognized from day one.

First, the high caliber output: I saw a diligent company with attention to detail and dedicated to user experience — that’s a combination that makes great products.

Second, the ambitious vision: Everyone uses email, and people use it in so many different ways. It takes real audacity to commit to building the world’s most powerful email experience.

And third, which is critical but often overlooked, is the kindness and respect we have for one another. We’ve built a tight-knit team with great people. This fosters a positive environment where we can have the tough conversations you need to build something great. We’re open about our weaknesses, which helps us play to our strengths and grow together.

We’re solving problems that haven’t been solved before. We’re doing what you’d typically do on a server right on the phone.

We’re solving problems that haven’t been solved before. We’re doing what you’d typically do on a server but right on the phone. For example, we’ve figured out how to download, store, and index all your email on the phone itself.

And beyond email, we’ll be working on productivity for professionals more widely — tasks, notes, calendars, and more.

Who are you hoping to hire for your team?

I’m not looking for an iOS engineer, I’m looking for an engineer. Someone who’s into solving problems; not with particular software or their favorite hammer. I want to attract all kinds of people. I rarely see people who look like me doing the things I am trying to do. When I was in school, I didn’t know about startups. If I’d known, I would’ve planned and aimed differently, instead of just happening upon this career. In fact, if I’d read an article like this one, it may have given me more confidence!

I rarely see people who look like me doing the things I am trying to do.

But you’ve gained your own confidence now. How do you do that in a role that requires so many different skills?

Becoming confident as a leader has been a process. I approach challenges and experiences from a very rational perspective and have aimed to optimize my effectiveness in every new role. Every success builds confidence, and I have built on more than a decade of challenges to develop the confidence for this role.

What have you learned about leadership from this role?

I’m leading product and engineering for our mobile app. Early on, I was working on architecture and our pre-alpha app while building out our mobile team. Now I’m spending more of my time planning our engineering sprints to build towards customer releases. As my team grows, I see my role as helping our engineers achieve their individual career goals while we all work on our collective goal of building the best email app. I love working with our team to solve problems, especially where nobody knows the solutions. The role is fun, dynamic, and I get to learn every day.

We have emphasized explicit analysis of our own growth across the team. This has equipped each individual on the team to become a brilliant performer. When everyone on my team is effective, happy, and productive — I see that as leadership success.